National firm pays tribute to Bob Hawke, a client since the 70s

Holding Redlich has paid tribute to former prime minister, The Hon Bob Hawke AC, who died Thursday at the age of 89.

The national firm said that the Labor legend had been a client since the 1970’s.

“Our founder, Peter Redlich, was Bob’s lawyer for a long period. When Bob retired from Parliament in 1991, our now national managing partner, Ian Robertson AO, took on the role of Bob’s lawyer, a role he was honoured to perform for the past 28 years,” the firm said.

“Bob’s achievements are extraordinary, including the transformation of Australia into a modern, globally-competitive economy with a social conscience. History will treat him very well,” it said.

Hawke’s achievements as prime minister from 1983 to 1991 have made him one of the greatest public figures in Australia. He, along with Treasurer Paul Keating, modernised the country’s economy and made it more accessible to the global market. During his leadership, tax was overhauled, the tariff system was undone, and an industrial-relations renaissance began.

Hawke is also remembered for establishing Medicare, as well as leading the charge for environmental and social causes. He was Labor’s longest-serving prime minister. Until his death, he was the oldest living prime minister of Australia.

“Australia has lost one of its greatest leaders and our firm has lost one of our most valued clients,” Holding Redlich said. “This is a very sad time but also an opportunity to celebrate a wonderful life of achievement.” 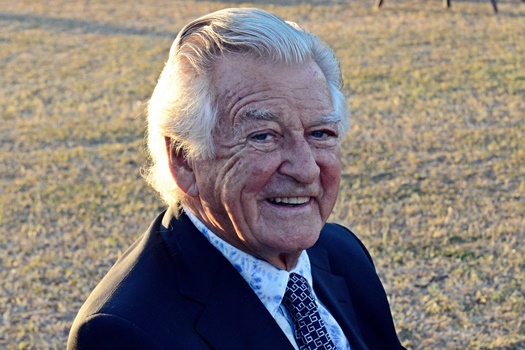