The beloved canine died after a short illness

“It’s with great sadness that we advise that Louie the Tauranga Court Dog passed away yesterday after a short illness,” the Ministry of Justice said in a statement.

Louie, who was 10, and his owner, victims’ advisor Gail Bryce, supported children and young people who went to the Tauranga District Court to give distressing evidence.

“Louie calmed and comforted young victims as they appeared in court, helping them through the initial stages of preparing to give evidence and staying by their side if they needed his help in court,” the ministry said.

“Louie just had a sense of when he was needed. He had a very nurturing nature and his presence helped let young victims know that they were in safe place. He touched so many lives, young and old, and really did his best to look after people and minimise their stress while they were here at the court,” Bryce said.

“He was a much-loved fixture at the court, and he made an enormous difference to all those visiting and working in what can be a stressful environment,” Said Bruce Findlay, Courts and Tribunals acting group manager.

On his official Facebook page, tributes have been pouring in for the beloved canine.

“You’re an inspiration, and I can only imagine the difference you made to people at court,” one person said.

“I am gutted. Louie you did such a great job helping and making people feel relaxed and happy,” another Facebook user wrote.

“RIP,” said another. “Happy zoomies up there.” 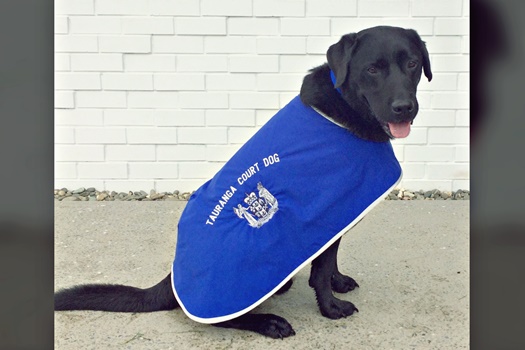