One firm leads in both aggregate value and total volume

New research has revealed the 15 firms which snagged the biggest and the most deals in the Australasian region in 2016.

According to Mergermarket’s Global and regional M&A: Q1-Q4 2016 league tables of legal advisors, Herbert Smith Freehills leads in both aggregate value and total volume of deals.

The firm advised on deals with a value of US$44.94 billion or about $60.84 billion across 72 deals. HSF also placed first in both Mergermarket league tables last year.

Meanwhile, MinterEllison retained its third place podium finish in terms of deal count, advising on 61 deals worth US$15.29 billion or about $20.7 billion.

Those 58 deals land G+T the fourth spot in terms of deal count, a place higher than its performance last year. Allens is fifth in this league table with its 44 deals in 2016.

The complete Australasia league tables can be seen below: 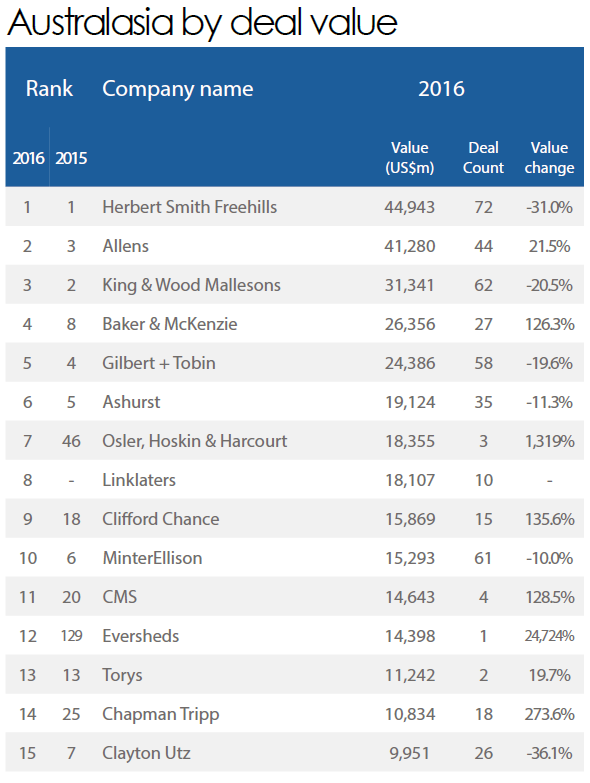 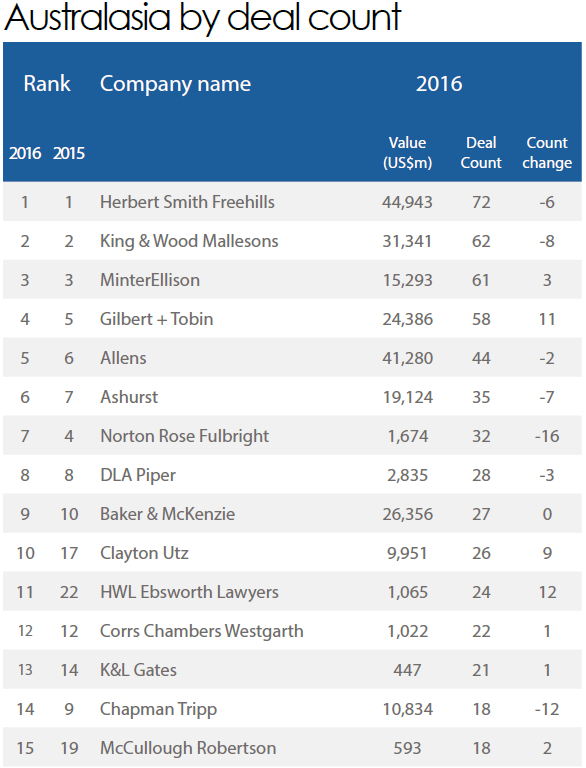