Clayton Utz is involved in a world-first clean energy project that has the potential to unlock a viable new energy source.

The project, located in Victoria’s LaTrobe Valley, includes the development of a pilot plant that will produce liquefied hydrogen from brown coal.

“The aim is to develop a supply chain for low-emissions hydrogen, which has been identified as having enormous potential as a low-carbon energy source in the future global energy economy,” Clayton Utz said.

Clayton Utz partners Steve O’Reilly and Hiroyuki Kano have been advising for the participants through Kawasaki on a wide range of matters, including on regulatory approvals strategy, consortium structuring and documentation, and contract documentation.

Clayton Utz, which has been advising Kawasaki since 2013, will continue to act for the multinational in relation to the HESC project in the next few years.

“This is a landmark project for Japan and Australia. Japan has a national energy security issue, whereas for Australia, the concern is finding a better way to use high-emission brown coal. The HESC project is historic in that it brings together the two countries in finding a solution that will help both in addressing their respective energy issues. If successful, the pilot project has the potential to ease the way for low-emission hydrogen to become a viable new energy source not just in Australia and Japan, but globally, and help reduce carbon emissions. We're proud to be a part of it,” O’Reilly and Kano said in a statement. 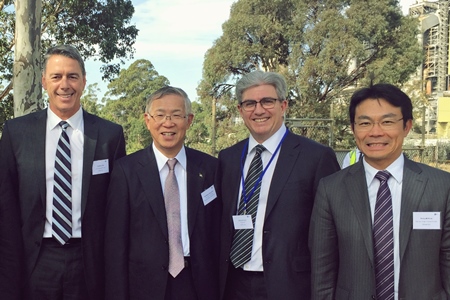