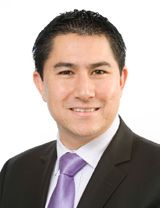 Steven Tang has been slowly making a name for himself since joining Maddocks in March 2011. The lawyer has carved out a niche for himself advising on highly complex deals, acting for Re:Capital in their acquisition of Ernest Hiller, which included debt refinancing. Tang also acted for Housing Loans Group in the refinancing of its loan book using a de facto securitisation structure. His transactions landscape has been further rounded off with advisory to a privately held electrical wholesaler in its acquisition of a New South Wales-based subsidiary.