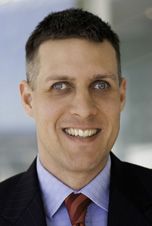 Proving that anything is possible with passion, tenacity and a never give up attitude, Darren Fittler has achieved a world first and raised awareness for blind people around the world. Fittler is a lawyer in Gilbert + Tobin’s Corporate Advisory group and became the first blind person in the world to complete the Tough Mudder in October 2013. For those unfamiliar with the race, it is a 21km army-style obstacle race where participants run through bales of burning hay, immerse themselves in a skip bin filled with ice and water and undergo a form of electro-shock therapy slithering on their stomachs through and beneath dangling wires carrying 10,000 volts.