He’s led billion-dollar cases, launched a Manhattan-based practice and worked with Guantánamo Bay detainees, but arbitrator James Hosking’s humble view is that his extraordinary rise to the top has been “accidental”. Sarah Megginson reports 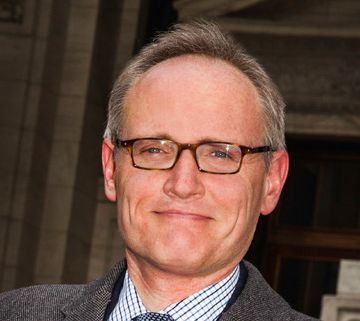 He’s led billion-dollar cases, launched a Manhattan-based practice and worked with Guantánamo Bay detainees, but arbitrator James Hosking’s humble view is that his extraordinary rise to the top has been “accidental”. Sarah Megginson reports

James Hosking has notched up two decades of international dispute resolution experience but admits that he never intended to pursue a career in arbitration.

“It wasn’t the career path I’d initially thought I would follow, but through a matter of timing and happenstance, I wound up going in that direction,” Hosking says.

After graduating from Auckland University with a Bachelor of Arts/Bachelor of Laws (Hons), Hosking began working at Russell McVeagh’s Auckland office.

“I started my career in New Zealand doing general civil litigation and resource management dispute work at Russell McVeagh, which I now realise gave me excellent training in general lawyering skills as well as exposing me to a broad range of disputes that is very helpful for the work I do today,” he explains.

When Hosking went to the bar two years later, he was fortunate enough to work under prolific litigator David Williams QC, and it was this experience that truly set Hosking’s career off in a new direction.

“My move to the bar in 1997 coincided with the New Zealand Arbitration Act coming into force, and my work with David Williams QC included several arbitrations and arbitration-related litigations,” Hosking says.

“I was really enjoying practising at the bar as well as co-lecturing the arbitration and mediation course at Auckland Law School, but I’d always had an interest in taking my career in an international direction. My mother is American – I was considered somewhat ‘exotic’ growing up in West Auckland in the 1970s – and I’d lived in the US and Germany at various times, so I was always thinking globally.”

HEADING STATESIDE
It was his desire to further his teaching qualifications and to engage in focused study on international arbitration that prompted Hosking to undertake an LLM overseas. He completed his Master of Laws at Harvard Law School in 2000, but had always planned to go straight back to Auckland afterwards.

Then, an unexpected job opportunity arose. Hosking was invited to join the New York office of Clifford Chance US LLP, which had just been formed as part of a three-way merger between Clifford Chance and two US and German firms – “a pretty groundbreaking deal back then,” Hosking says.

“Even when I accepted the job, I thought we’d probably only stay in New York for a year or so,” Hosking admits. Thirteen years and two children later, he and his family are well entrenched in their New York City home.

“What led to us staying in the US was a mixture of happenstance and seizing unique opportunities. It was largely accidental,” he says.

“Firstly, I really enjoyed the multi-jurisdictional nature of the practice at Clifford Chance, and the opportunity to use my foreign language skills.

Secondly, I had helped build up an international arbitration practice in the US and Latin America and it was hard to simply walk away from all that effort.”

But it was a surprising and somewhat dramatic life event that halted the anticipated return to Auckland. Just as James and his wife were contemplating their return, the September 11, 2001, attacks happened.

“We were there during 9/11 and it may sound strange but that sort of created a bond and a connection with the city that we hadn’t felt before,” he says. “It didn’t seem right to leave then, so we didn’t.”

RISING UP THE RANKS
Hosking was an associate in the Litigation and Dispute Resolution department of Clifford Chance until 2006, when he was made a partner. Despite the fact that New Zealand’s population could fit inside New York City twice over, he found few differences between the two legal systems.

“The substantive law is surprisingly similar. The same legal problems arise over and over again in different jurisdictions,” he says.

“But the practice of law in New York is quite different from my experience in Auckland. Lawyers tend to be more specialised here, which has its advantages but also leads to some lawyers having a very myopic view of the law. I appreciate the broad education and practice I had in Auckland.”

The biggest legal culture shock came about after seeing the size of teams on major deals or pieces of litigation. As a matter of routine, cases could involve at least a dozen lawyers within the firm; there was one antitrust/competition case that stood out for keeping over 150 lawyers busy.

“This type of system can lead to junior lawyers only handling small parts of a massive project, which can be very frustrating. In a city where less than 2% of civil cases go to trial, it means that the opportunities for oral advocacy can be limited. It’s one of the reasons why I gravitated towards international arbitration, where there are smaller teams and a far greater percentage of cases go to a final hearing.”

During his time at Clifford Chance, Hosking also began taking on pro bono work, as is the custom in the US legal fraternity. “One thing that amazed me when I started practising here is how much support there is for pro bono legal projects,” he says.

“I once argued pro bono an appeal up to the state’s highest appellate court and had the pleasure of the chief judge telling me that she thought I had a ‘charming accent’ – that was a first!” One pro bono case Hosking undertook involved one of the world’s most famous prisons. Together with other lawyers, he represented a number of Guantánamo Bay detainees.

“I distinctly recall the surreal experience of my first visit to Guantánamo: waiting to meet my clients outside the prison and standing amidst swaying palms and white sand beaches, which were vaguely reminiscent of New Zealand, but I was standing thinking that I was a very long way away from home – and a very long way away from my early days as a resource management lawyer.”

While some prisoners were hardened terrorists due to be processed through the courts, others were being detained by authorities based on false tips. They had simply been in the wrong place at the wrong time.

“Typically, my clients were kids who were handed over for ransoms in Afghanistan and Pakistan following the US invasion in 2001, and then locked up at Guantánamo without any prospect of ever being charged with any crime.

“A lot of them are in limbo. They won’t be charged with a crime in the US, but the government doesn’t trust the process of delivering them back to the country they come from, so they’re just stuck in Guantánamo with no clear future.”

Hosking represented three French detainees who were among the first to file habeas corpus petitions, challenging the basis for their detention – which led to their being released almost immediately.

“I then represented six Yemeni detainees who I naively thought would also be sent home promptly, and was lead counsel in just the second ever habeas corpus trial for a Guantánamo detainee. We lost spectacularly. They are still there today and others are carrying on the fight. For me, it was a pointed lesson that there are limits to what the law can do without political and diplomatic resolve.”

GOING SOLO
Hosking continues to work on pro bono cases, now from the offices of his own firm Chaffetz Lindsey LLP. The firm was launched in 2009 with four other senior lawyers.

“We handle the same kind of complex commercial disputes we had at the big firms at which we had all worked. Most of our clients are multinational companies. We also do a lot of work for and against sovereigns,” he says.

Striking out on their own had a lot to do with the economic environment: during the GFC, a number of Clifford Chance clients were creating conflicts for his international arbitration practice.

“We were also frustrated by the fixed costs that limit the flexibility big firms have on fees. It can sometimes be very useful to have offices in 30 cities around the world, but that’s expensive and it’s difficult to tailor your resources on a client-by-client basis.

“The other four founding partners were experiencing the same frustrations and we got talking about how we could overcome [them]. It was fun to talk about over a drink, but we quickly became serious when we realised establishing our own firm was actually viable.” Hosking says the reality involved hard work and high blood pressure, but it was worth it. The firm is now 20 lawyers strong and growing.

“A major benefit is that we can take on cases because they are intellectually interesting or important: we’ve done cases as diverse as representing Iran at the Iran-US Claims Tribunal to a litigation over the disputed ownership of a Picasso.”

His personal workload is primarily as counsel in international commercial and investment arbitrations, but Hosking also appears in court, mainly in cases involving cross-border disputes.

While he admits that a return to New Zealand isn’t on the immediate cards, he doesn’t rule it out. “The worst part of living in New York City is undoubtedly the distance from New Zealand and our extended family there,” he says.

“I enjoy my work and appreciate that I wouldn’t have been able to do what I have done if I had stayed in New Zealand. But it’s a trade-off. All things being equal, I would rather live in New Zealand.”

Hosking adds that residing in New York still lives up to the hype: “It’s like living in an episode of Seinfeld 24 hours a day, except I don’t wear sneakers.”

Read more on this feature and more on NZ Lawyer's April Issue 6.01,