LeeSalmonLong has grown its partnership to five with the promotion of two senior lawyers.

Rachel Keane and Daniel Nilsson have been promoted to partner at the Auckland-based litigation and dispute resolution-focused firm, the New Zealand Law Society said.

Keane is an expert in litigation, dispute resolution, and arbitration. She is known for her work in contentious rent reviews and has had recent experience in product liability claims, shareholder disputes, and professional duty breach claims.

Keane began her legal career at MinterEllisonRuddWatts in 2001 in Wellington, before moving to Richard Butler in Hong Kong. She joined LeeSalmonLong in 2016 from Aon New Zealand, where she was chief legal and compliance officer.

Nilsson is a specialist in general commercial litigation, with a focus on consumer protection, IP, and competition. He is also experienced in media law and defamation for media organisations and individuals. He joined the firm in 2007 as a law clerk, rising up the ranks to associate in 2014.

Nilsson regularly appears in superior courts as both principal counsel and in support of members of the senior bar, the Law Society said. 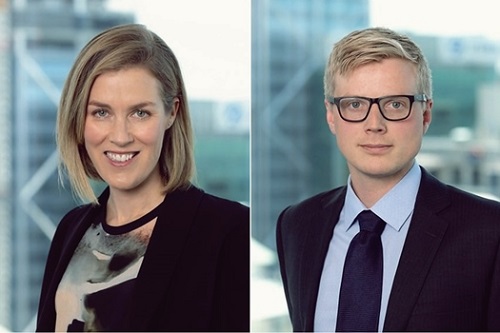