Anderson Lloyd is a dynamic law firm that has steadily expanded to encompass practice in a vast array of commercial law areas. Their commitments to their clients and outcomes, as well as to values and their own personnel, explains why at the end of last year, they picked up three awards at the New Zealand Law Awards (Mid-size law firm of the year; Employer of Choice (51-100 Lawyers); and Managing Partner of the Year (<100 Lawyers) for Richard Greenaway).

To get a better idea of what accounts for Anderson Lloyd’s success, we spoke to Geoff Busch, a partner in the Auckland Office, about his work for the firm, and what’s the recipe that keeps them at the forefront of both clients’ and award-givers’ minds.

So – what does set Anderson Lloyd apart from other law firms? Aside from the commitment to clients, Busch says, is the “DNA” that permeates the firm, the “great culture and genuine focus on social and environmental concerns.” As an example he cites Anderson Lloyd’s being the only law firm on New Zealand's Sustainable Business Council – and the fact that they’re moving towards being carbon neutral.

It’s that cultural element that leads to high engagement scores on their employee surveys; although never to be complacent – Busch believes they can “still do better.”

We ask whether millennial workers make greater demands than previous generations – in terms of work-life balance, the work environment, and commitment to environmental issues.

“Yeah, they do but you know – they can teach us oldies a bit of a lesson. They actually really do care.” He says that workers of his generation didn’t start out with the same commitment to social values: “… there wasn’t the same sense of focus on broader concerns such as the environment and social issues that people have now. That’s great.”

Busch was part of a small team that set up Anderson Lloyd’s Auckland office almost five years ago. Starting off with three partners and six staff, now the office sports five partners and twenty staff – impressive growth for such a short period.

The original “backbone” of the Auckland operation was “project finance work as well as general M&A and banking and finance work”, but as they took on partners they expanded into construction, general commercial, commercial property, and other areas.

Busch counts as among the most memorable moments in his career the move to Auckland to help “build an office from the ground up and integrating the office with the culture of the wider firm.” The trick has been to build off the already impressive reputation of Anderson Lloyd, while offering a distinct, original, and innovative practice for Auckland: “… I think we’ve really succeeded in our firm being viewed as a viable alternative to the three or four big firms and the high-end boutiques in Auckland.”

Asked for three predictions regarding the future of both his firm and the law in general, Busch responded firstly that there would be a continuing and even greater focus on the best provision of service in the legal world. Secondly and thirdly, he noted the further integration of technology with people, and the general propensity for the world to change in ways that we cannot anticipate.

Faced with such uncertainty, the counsel he offers to younger versions of himself is refreshingly straightforward: “get more sleep and more exercise”. This is a recommendation he admits he could himself heed more regularly.

One of Busch’s life mottos, and one that is undoubtedly held throughout the entire firm, is: “Preparation if everything.” “If you’re prepared, it will help you to relax and perform to a higher level than you ever thought possible.”

Preparation, talent, and the human element – that’s the stuff of Anderson Lloyd.

Returning to the human element, he mentions that he often counsels younger lawyers against an overreliance on email as a means of communication.

“I often say: ‘Don’t send them in email, get on the phone.’ You can learn so much more about someone’s position or where they’re at or what they're after when you speak to them on the phone. Hearing the tone of their voice and having that direct connection with them – you can’t get that with email communication.”

He’s not opposed to technology – far from it – but again, it’s the human element that always needs to be returned to. He says that email “just takes away a little bit of the personal side of  what we do, and we need to have that side.” 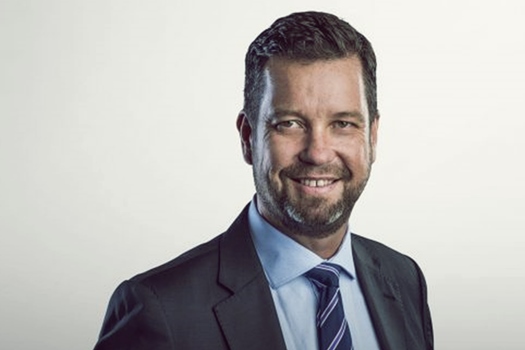