The partner of a leading New Zealand law firm has been acknowledged for her leadership efforts in the legal profession and the local community. 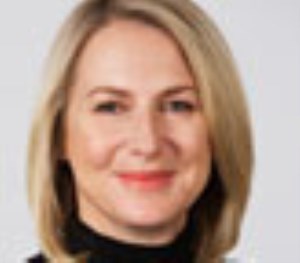 Russell McVeagh partner, Pip Greenwood, has been named as a finalist for the Westpac Women of Influence Awards for 2015.

As a finalist in the Board and Management category, Greenwood has been noted for her exemplary contributions to the New Zealand business community. Currently a board member for Russell McVeagh, she has held leadership roles at the firm for more than ten years, including as a former board chair.

Her work has always been about giving something back to the community. As well as being regularly invited to speak at leadership forums conferences and seminars, she actively participates in school fundraisers.

“I was also recently appointed as trustee of the Halberg Endowment Fund, established by the Halberg Trust, which helps children with disabilities in sports,” she told NZLawyer.

Greenwood has also won various other awards in the past including the ALB Australasian Law Awards, the ILO Client Choice Lawyer of the Year Awards, and the Australasian Women in Business Law Awards.

When asked which qualities were important for women leaders, Greenwood emphasised remaining true to yourself and leading by example.

“There is also an extra dimension for women – showing the next generation what is possible,” she said. “There was a quote by an advisor to Hillary Clinton about ‘leaving the ladder down’ which I feel is very relevant today.”

When discussing her past, she mentions a number of people who have influenced her professionally.

“My first boss was Denis Clifford, who is now a high court judge,” she says “He had high standards for himself which I made sure to follow. He also encouraged me as a female lawyer and paid special interest to my career.”

Other key influencers include Wayne Boyd, former chairman of Telecom NZ, Theresa Gattung, former CEO of Telecom NZ, and Joan Withers, former chair of Auckland International Airport. These are individuals she admires for their sheer effectiveness in these roles.

Greenwood ends the interview with some advice for women looking to reach the same career heights as she has done.

“Work hard to achieve your goals, be aware of your skill set and know how your behaviour impacts others,” she says. “Most importantly though, just be yourself.”