Norton Rose Fulbright (NRF) has appointed Gavin Scott as partner. On 29 January, he will join the firm’s energy and resources group in Brisbane from Ashurst, which he left late last year after more than 16 years.

Scott has more than 20 years’ experience developing natural resources projects in Australia, Papua New Guinea, and Indonesia, and has been involved in many of Australia’s key hard-rock and gas projects. Projects he was previously involved in include the development of Queensland’s CSG to LNG industry from its inception. He has also worked on various gas pipelines, linear infrastructure, solar and wind farms, agribusiness projects, and residential developments.

His appointment comes after NRF bolstered its ranks in Australia after several partners left both NRF and legacy Henry Davis York before their merger went live in December. Vincent Dwyer, the firm’s current Asia-Pacific head of energy and former corporate practice head, has relocated from the firm’s Singapore office to Sydney. The firm has also recently appointed partners Martin Irwin, Jasmine Sprange, Shamim Razavi, and Natalie Lonergan in Sydney. It has also appointed partner Adam Edelman in Perth, and promoted Chris Mitchell in Melbourne and Raymond Lou in Sydney to the partnership.

“Our larger and more diverse firm has started 2018 strongly, and a big part of that progress has been the continual broadening and renewal of our national corporate and M&A team, as well as expanding our industry expertise in energy and resources,” said Wayne Spanner, NRF’s managing partner in Australia.

He said Scott will bring to the firm substantial experience advising large energy, resources, and infrastructure companies on major issues concerning the growth of their businesses.

“He has a deep understanding of the legal risks that our clients face in developing, running and financing large projects as well as how social impacts can be managed in a sustainable way,” Spanner said. 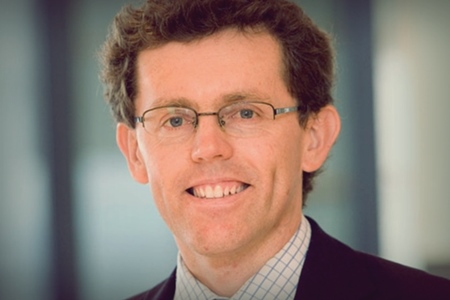