Here’s the secret to finding your in-house home

It may take decades, but following these pieces of advice can get you where you want to be

David Field is right where he wants to be.

That’s a feat not everyone achieves – and not only in the legal profession. Yet it’s clear that Canon Australia’s chief legal counsel loves what he does and the company he does it for.

However, it wasn’t always that way.

Rude awakening
While earning a double degree in law and Asian studies, with a major in Chinese, Field worked at Mallesons, which sent him to its Taipei office as a paralegal. After graduating, he was recruited by the firm to work in Sydney. He was only planning to stay a year, but ended up staying for two and a half.

Assessing where he was in his career, Field says he looked for another opportunity after deciding that private practice was just not for him.

“It was probably a misplaced lifestyle decision,” he says. “I was working ridiculous hours in private practice, on occasion billing 100 hours a week and just working all the time God sent. I decided that if I kept doing that, I would end up either dead or divorced, or probably both.”

Having made the move, he was quickly in for a rude awakening.

“I thought moving in-house was a sensible lifestyle choice,” he says. “[But] within a very short period of moving to Telstra, I was right back where I started, working unsustainable hours.”

He took the lesson to heart.

“It was probably one of the most powerful learning experiences of my life that I changed employers, changed jobs, and changed locations and I was right back where I started,” he says. “That told me that the common element was me, and that it was very much me and the boundaries I set in how I work and how I approached my work. It helped me a lot to re-establish some discipline in how I control my life and how I work.”

Armed with more wisdom and control, he stayed at Telstra for 19 years. During his stay at the telecommunications giant, Field held nine different roles, with his last being the company’s general counsel of operations. 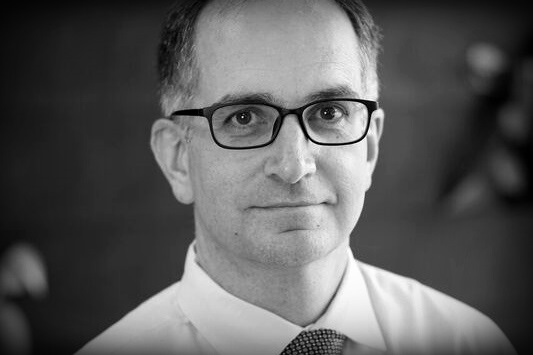 Making a move
One day, Field again could not see himself doing what he was doing for a decade more. It was time for another change.

Being a long-time user of Canon products, Field felt the company had a very strong brand reputation. However, he knew that there is a difference in a company’s consumer brand to its employer brand.

After looking into the opportunity at Canon, he saw that it was a good fit.

“I need to work for a company that stands for quality and makes a positive impact to the community,” he says. “It needs to be something I can believe in.”

At Canon, he found a company focused on the value of having employees as advocates, he says. The technology giant invests significant amounts of time and effort to ensure employees can understand, use, and enjoy the products. Plus, he gets to work with talented and creative people, and gets to pursue his passion for photography, a pursuit he began as a kid and continued even when he was busy at Telstra.

Passion projects
During his long stint at Telstra, Field was involved in passion projects. One of those projects involved him documenting legacy telecoms’ equipment and sites, like old exchanges and towers, in photo essays. Doing these projects made him see the bigger picture, he says, and realise how important it is to see the value that a company creates for the community. At Telstra, it was all about connecting people to family, friends, and careers, he says.

“It’s important to work for an organisation that has a positive contribution to the community, that does something positive and something meaningful,” he says.

These projects also brought him closer to photography. In turn, photography has given him a new way of looking at things.

“I find that it’s a really good way of learning,” he says. “In the past, I used to just go out and take photos. What that means is that you struggle to pull together a coherent body of work that has bigger meaning beyond individual photos. Since I’ve fallen into projects, all of a sudden I’m so much better at exploring a story and telling a story. I think that’s really important in photography. It’s about storytelling. It’s about communication. It’s about a bigger significance beyond the individual photo.”

One of his passion projects now at Canon is Lifetimes in Law, where he and a friend make word and photo profiles of exceptional people who have dedicated their lives to making a difference using the law.

They recently collaborated on a poignant profile of The Hon Michael Kirby AC CMG, the first openly gay justice of the High Court of Australia. The legal luminary was photographed by Field on the steps of his first primary school, North Strathfield Public School.

“Justice Kirby made it a condition of cooperating that we would provide a copy of the portrait to the school,” Field says. “After we’d taken the portrait, I had them printed. I sent the portraits to Justice Kirby’s office, he signed them, and I just assumed he just signed his name on them.

“When I eventually opened the portraits to have one framed for the school, I saw that he’d written just this beautiful inscription to say, ‘In 1944 and 1945, I ran up these stairs. In time, they led me to the High Court of Australia and the United Nations.’ It was just beautiful,” Field says. “To have the opportunity to frame that and present that to the school as something that will be part of their heritage and hang on their wall, and hopefully kids will see that portrait and see those words and know these are the places this school could take them ... is a really powerful thing to be involved in.”

Beyond lawyering
These passion projects have given Field an edge in his in-house practice. Take for example his work documenting old telecoms equipment and sites. He says that this project made him realise just how much change affects businesses and the societies we live in.

“The really valuable insight [in exploring] the relationship between people and technology is it’s important to be doing something that’s meaningful, do it well, and do it with quality, care, and craftsmanship. It’s also important that what you’re doing is relevant and adds value to society,” he says. “As technology changes, the things we do can become irrelevant, and it’s important to watch for those changes and be thoughtful about what we do as technology changes around us to make sure that what we do stays relevant.”

The same advice can be applied to the legal profession.

“As a lawyer, it’s very easy to get excited about how you draft a clause, how you draft a pleading, or how you craft a piece of advice,” Field says. “It’s very good to take pleasure in the quality of it and have a sense of quality and craftsmanship in what you do, but it’s also important to think about relevance and the extent to which society or the communities we serve need that craftsmanship,” he says. “When I work or when I talk to my team, I’m very focused on that sense of how we add value for the business, our customers, and our clients. It’s about exercising really strong empathy. [It’s about] putting yourself in the shoes of the business, thinking about the business’ needs, and not getting too caught up in the technicalities of your role.”

This is why he often reminds himself of this advice.

“All technicians, craftsmen, and professionals care about the technicalities of their roles, but our customers don’t. We need to make sure we’re serving our customers, serving the community, and serving the business. We need to be able to absorb the complexities and technicalities of our business and focus on what it means for the outcome,” he says. “Canon doesn’t exist to practice law. It exists to serve our customers. In everything that we do, we need to think about how this is serving the customers [and] how this is delivering value to the business and customers.”

Cutting teeth
Field’s collective experience has brought him where he is. This is why he insists that even though some experiences may not necessarily be fun, they are necessary for lawyers.

“When I look at my private practice experience, it wasn’t always fun. A lot of it was hard work, but I’m incredibly pleased that I did it. I’m incredibly grateful for the disciplines and the learning that it gave me,” he says. “The risk-management structures in large law firms mean that it’s very, very hard to make the same mistakes more than once. You make a mistake, the supervising partner corrects you and shows you the right way to go. So you learn the law very, very quickly. Being in-house, you learn business, people, and management skills very, very quickly, but you don’t learn the law as fast. Private practice is good. It might not be very fun – hopefully, it can be fun – but it is incredibly valuable and I think collecting some (of that experience) is a very useful discipline.

Finding your in-house home
Field is a fan of working in-house because of the unique challenges and rewards it brings.

“I would really endorse working in-house for a business. I find it much more real, because you’re much closer to the customer and the business reality. In a law firm, it’s much easier to give advice and pass it across and that’s the end of it. When you’re in-house, you have to find your way through and you have to work out what it really means,” he says.

He says he enjoys working on matters that are closer to the customer and are much more connected to the business. Those problems are very real and a lawyer will wrestle with them every day, he says.

“You’re part of the challenge of running a business and I’m in a tough competitive environment. I really encourage people to think hard about the opportunities that are presented by in-house legal roles,” he says. “In relation to being able to find a role you love, it really does bring a lot more enjoyment to it when you can work for a company that you feel is making a very positive difference to the world and is doing good things and is creating value for customers.”

The secret, Field says, is in finding a company that matches your character.

And if you can’t, don’t lose hope and make the most of what you’re given.

“Over the course of your career, you’re probably not always going to be lucky enough to work for companies that are doing things that inspire you,” Field says. “But at the very least, you should be making sure you’re collecting skills and moving in the right direction, and then looking for a job that does motivate you to bring the whole you and bring everything that you’ve got. It would be very, very hard to work for a company where it’s just another day at the coal mine, rather than actually feeling like you’re involved in something really interesting.”


Related stories:
Lawyers don’t need to sacrifice happiness on the altar of success
Breaking down the ‘Berlin Wall in law’

Carter Newell welcomes two to partnership in major promotions round