Fake emails claiming to come from Herbert Smith Freehills have been sent to organisations asking for payment for legal work.

The scam has been flagged by the Solicitors Regulation Authority in the UK which says that the invoices it has seen set out a fee summary and bank details where the recipient should send the money and ask the recipient in the body of the email to arrange for same day payment and confirm with the sender once payment has been made. 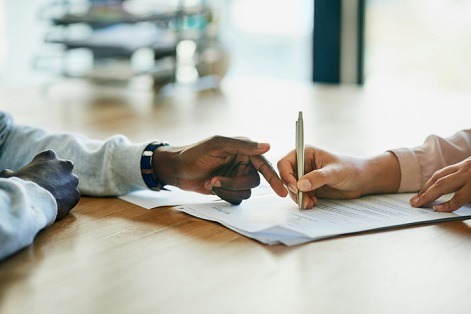 Magic circle are cashing-in despite Brexit

The four largest London-based law firms have seen profits rise as the UK prepares to leave the European Union; and say they don’t expect to be adversely impacted.

The big four magic circle firms – Freshfields, Clifford Chance, Linklaters, and Allen & Overy – feel they are well-placed for Brexit as their international revenues will, if anything, be boosted by additional cross-border work.

Clifford Chance and Freshfields both posted double-digit growth in profits in the latest results while Linklaters saw a slower 3% and A&O was flat.

However, Tony Williams from legal consultancy Jomati says that the current levels of global activity for the magic circle could change.

“At this stage it looks reasonably encouraging, but there are plenty of dark clouds, whether that is Brexit, trade wars, emerging market debt, or China slowing down,” he told Bloomberg.

Meanwhile, the Law Society of England and Wales has given a cautious welcome to the UK government’s Brexit whitepaper.

“Ultimately the government will be judged on the outcome but today’s white paper is at least pointing in the right direction – however, the final deal will depend too on the priorities of the EU27. There is going to be a tough negotiation towards what looks like a free trade agreement,” said Law Society president Christina Blacklaws.

While she says some of the plans are positive, such as a framework for trade disputes and securing IP rights, the Law Society is concerned about the impact on the professional from restricted movement of talent and of services.

“Our professional services are a global export and a vital contribution to the UK economy and its balance of payments,” she said.

Lawyers and other legal professionals will have access to a more powerful legal research platform from Thomson Reuters.

The firm has announced the launch of Westlaw Edge, an updated version of its Westlaw artificial intelligence solution. It says the new product is its largest investment in AI since 2010.

“We’ve been working with hundreds of attorneys to deeply understand how some research tasks can still take many hours to complete, as well as how mistakes are made, even by experienced lawyers,” said Mike Dahn, senior vice president, Westlaw Product Management.

He added that the firm’s research shows that legal research tasks take an average of 6 hours and that lawyers say they worry about missing important details in deadline-driven work.