Hall & Wilcox has strengthened its Corporate & Commercial team with the appointment of Christopher Brown, a former MinterEllison partner.

Brown brings more than 20 years’ experience to the firm. Before being part of MinterEllison’s Mergers and Acquisitions Group in Sydney, he served as corporate counsel for global financial institution ING Australia. He was also a solicitor in Slaughter and May’s London office.

John Hutchinson, Corporate & Commercial section leader, said that Brown’s appointment follows those of partner Jacqui Barrett last September in the firm’s Sydney office. Brown is “a pragmatic, solutions-focussed lawyer with vast experience acting for clients locally, in the region and internationally,” he said.

Brown said he was attracted to Hall & Wilcox because of the firm’s shared values and vision. “The firm is poised to take advantage of growth opportunities in the local Sydney market, nationally and in the region,” he said.

Hall & Wilcox now has 70 partners among its more than 450-strong team. Brown and Barrett are based in the firm’s Sydney office. In Melbourne, partners Hutchinson, Ben Hamilton, Deborah Chew, Ed Paton, Eugene Chen, Harry New, James Morvell, Martin Ross, and Oliver Jankowsky are part of the Corporate & Commercial team. Last October, the firm expanded to Brisbane with a team hired from DLA Piper. It also has offices in Newcastle, Perth and Canberra. 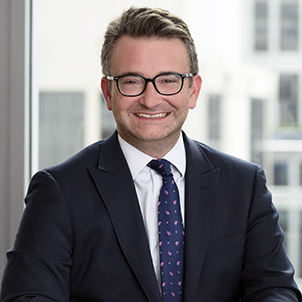