Under the $3bn project, the Royal Australian Navy is acquiring 12 blue-water ships to replace its Armidale-class vessels

Baker McKenzie is acting for ASC Shipbuilding on its joint venture with Forgacs Marine & Defence, in a bid to land the $3bn first phase of the Department of Defence’s Offshore Patrol Vessels (OPV) project.

The phase, officially named SEA 1180, covers the Royal Australian Navy’s acquisition of 12 blue-water ships to replace its Armidale-class vessels. Three international shipbuilders, Damen of the Netherlands and Fassmer and Lürssen of Germany, have been shortlisted for the project. They will team up with an Australian shipbuilder to build all of the OPV ships in Australia.

Forgacs and ASC – the builder of the Hobart-class air warfare destroyers, Australia’s most advanced surface combatant ships – have been selected by both Damen and Lürssen as their preferred partners, should they be awarded the tender later this year, according to the firm.

The SEA 1180 project is expected to commence shipbuilding in 2018, with two OPVs to be built in South Australia. The remaining 10 vessels will be built in Western Australia starting 2020.

The Baker McKenzie team advising on the matter is being led by partner James Halliday. He is being assisted by partners Ben McLaughlin and Geoff Wood, senior associate Tom Gastrell, and associate Emily Hunter. 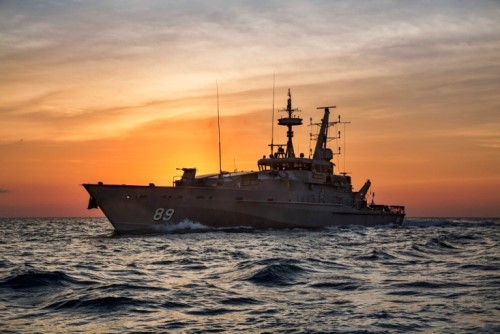