Crowdfunding litigation: A problem or a solution?

“Where money is given in the course of litigation, there is a compelling need to look the gift-horse squarely in the mouth”

Every Australian should be able to afford to access justice, and have the means and opportunity to raise a meritorious claim to be determined by the courts.

Unfortunately, that is not always the reality.

The cost of litigation can be prohibitive. Understandably, the price of accessing justice in Australia remains a live concern for the community and the legal profession.

Advocates of third-party litigation funding have long argued that such funding affirms the rule of law by facilitating access to the courts for complainants who otherwise could not afford to seek recourse to our justice system.

Social media platforms bring our society together to collaborate in ways we never before thought possible. At first glance, crowdfunding litigation seems like an obvious solution to the age-old challenge of raising sufficient funds to pursue a claim.

The reality, however, is that the rise of crowdfunding litigation has prompted complex professional, ethical and practical questions that the community, courts and the legal profession must carefully work through. To ensure that what is done with good intentions does not have the unintended consequence of undermining the rule of law, the merits of a case, or public confidence in our courts or justice system.

Where money is given in the course of litigation, there is a compelling need to look the gift-horse squarely in the mouth.

These complexities have been brought to the fore by the recent controversy surrounding Israel Folau’s crowdfunding campaign. Folau, a professional rugby player, had his contract with Rugby Australia (RA) terminated in May after making anti-LGBT remarks. GoFundMe later cancelled Folau’s crowdfunding campaign to raise money for his legal fight against RA, citing its own anti-discrimination policies.

It is inappropriate to speculate about the substance or merits of Mr Folau’s legal case. These are matters for Mr Folau and his lawyers. It is important we respect Mr Folau’s right to bring a case and have the matter heard before a court of law, not by a court of public opinion.

It is also inappropriate to speculate about the motives behind GoFundMe’s decision to cancel Mr Folau’s campaign. As a social media platform and provider, GoFundMe’s terms and conditions are clear, publicly available and reserve a significant discretion for the company to terminate a campaign.

It has been said by some commentators who I respect that there is an element of disproportion in the attention the Folau case has received, as compared with other crowdfunded cases like Senator Hanson-Young’s. It is because of the increasing trend towards crowdfunding that I have felt compelled to respond to raise concerns regarding ethical considerations for lawyers. These concerns apply equally to other crowdfunded matters, whoever the parties.

The real question is whether allowing crowdfunding as a source of funds for litigation is ever in the public interest. 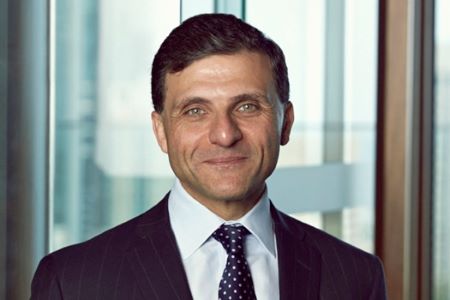 The first issue is that lawyers have strict professional, legal and ethical obligations which govern what and how much lawyers may charge for legal services, who they may receive monies from, how such monies are to be handled, and how such monies are to be accounted for. An obvious difficulty with crowdfunded litigation is that it is very difficult for a lawyer to know precisely who has contributed funding and for what purpose.

I am troubled that lawyers would accept crowdfunding-generated money for fees in circumstances where a lawyer does not know the source of the money or the basis upon which the money was provided. This creates real ethical concerns.

The second issue is the possibility that misrepresentations could be made to the public to invite crowdfunding. Without commenting on the Folau case, I am concerned as a general principle that false or inaccurate representations, whether intentional or unintentional, could well be made to the public regarding crowdfunded litigation to suggest a case is in the public interest, when in truth it may just be a contractual dispute over money.

This could place a lawyer in the invidious position of receiving money donated by members of the public based on unlawful conduct by their client. Further, it may involve false representations or exaggerated claims being made as to the prospects of success of a court case in order to induce donations, which are at odds with the lawyer’s advice. In either circumstance, arguably no lawyer should continue to act as monies may be knowingly received based on a false premise.

The third issue is that crowdfunding could lead to a client disclosing their lawyer’s advice as to the prospects of success of a case. This may constitute a waiver of privilege, since donors are not the client, and may entitle an opposing party to seek a copy of the advice. This could be damaging to the case.

There must be a balance between promoting access to justice and ensuring court processes are not abused or unwittingly undermined by third parties who, despite best intentions, are in one sense meddling in a case between two parties.

If a lawyer is paid using the proceeds of a crowdfunding campaign, this may expose them to a claim brought by persons who had contributed to the crowdfunding, who may argue they were misled as to the money’s use or do not approve of the conduct of the case. There are also questions around what should occur with any funds leftover if money raised is not used in its totality, including whether it should be returned to those who donated or to the person who collected the funds.

Part of the answer is that crowdfunding platforms should ensure proper vetting procedures are in place before a campaign goes live. This would involve confirming the platform’s terms and conditions were not breached from the outset to avoid the types of controversy we have recently seen.

The Law Council of Australia is working to establish a working group of experts to explore the issue and consider a possible regulatory framework for discussion with government and the courts.

Our courts have powers to minimise the risk of justice processes being abused or undermined by crowdfunded litigation, but the issue is whether these protections are sufficient.

For example, a court may order a party to disclose how much money has been raised through crowdfunding and only allow the litigation to proceed if there is an undertaking that unspent money will be returned to those who donated.

A cap may be placed on the fees a lawyer can charge in order to ensure invoices generated reflect work undertaken, not simply the funded amount that a lawyer knows to be available.

A court may make a security for costs order against a crowdfunded party in order to place some of the monies raised into a bank account so that in the event that the litigation is unsuccessful, the opposing party’s costs would be paid.

Courts may take into account that a litigant has received crowdfunded monies and the conditions that formed the basis of the funding. This may be deemed a relevant factor in a security for costs application, requiring a litigant to deposit money into a secured account. If the case is dismissed or the litigation fails, this money would be used to pay legal expenses of the opposing side.

Much has been said in the context of crowdfunded litigation about religious freedom and freedom of expression.

But crowdfunding litigation is not going to secure religious freedom, which is deserved by all Australians. Reasonable people also accept that these freedoms are not unbridled.

We must look elsewhere to secure meaningful safeguards for these principles.