Cooper Grace Ward has grown its ranks of senior lawyers with the appointments of Sam Adams and Andrew Corkhill.

Adams, who joined the firm’s partnership, comes to the firm from Racing Queensland. He was previously the general counsel and acting CEO of the organisation.

He has more than 14 years’ experience acting on commercial matters, with a particular focus on commercial and property law. His clients include the Victorian Government and local agencies, banks, airlines, developers, and property funds. Adams was also previously a special counsel at Clayton Utz in Brisbane and associate at MinterEllison in Brisbane and Clifford Chance in London.

Corkhill rejoins the firm as a special counsel and will focus on M&A, joint ventures, corporate advisory, and energy and resources matters. He comes to the firm from energy giant Eni in London, where he was senior legal counsel.

Corkhill was also a lawyer for ManpowerGroup and Senex Energy. He was previously an associate at Corrs Chambers Westgarth after leaving Cooper Grace Ward.

Cooper Grace Ward now has 20 partners among its more than 200 team members. 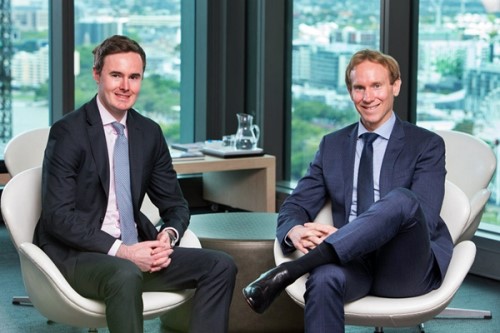