A fast-growing Australian legaltech start-up has attracted a seasoned executive to be its finance chief.

Ben Rosswick has joined Smarter Drafter as CFO. He moved from Societe Generale Corporate & Investment Banking, where he was the director in charge of G10 foreign exchange options in Asia. He has also held leadership positions at Deutsche Bank and Bank of America Merrill Lynch.

Smarter Drafter said that Rosswick was considered a young prodigy at Deutsche Bank, where he quickly rose to vice president in London. He then moved to Bank of America Merrill Lynch, where he became the director in charge of G10 foreign exchange options in the Asia-Pacific region.

“We’re very excited to be hiring people of Ben’s calibre. With his appointment, we now have the management team we need to keep doubling every year and begin our international expansion,” said Adam Long, Smarter Drafter chief executive.

Rosswick joins the start-up’s management team, which also includes David Lipworth, the company’s head of legal, and David King, its head of partnerships. Lipworth is a former Baker McKenzie and Clifford Chance M&A lawyer. King was responsible for growing his own firm from one person to a four-office organisation.

“Working in banking for so long, I had endless interactions with lawyers and always wished there were ways for them to get their job done faster. When I first saw the Smarter Drafter technology, I knew this was going to change the legal sector and I wanted to be a part of that,” Long said.

Smarter Drafter’s AI-powered document-creation tool is now used by more than 140 law firms spanning all states and territories of Australia. 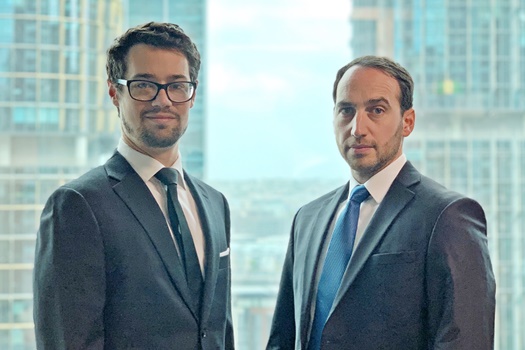