Looking ahead to a frack-filled future

Fracking has been established in New Zealand for more than 20 years but confined to the ‘tightsands’ of the Taranaki Basin. That is about to change, however, creating what Environment Commissioner Jan Wright sees as a moment of opportunity to develop a strategic oversight which will put the regulators ahead of the game.

Fracking has been established in New Zealand for more than 20 years but confined to the ‘tightsands’ of the Taranaki Basin.  That is about to change, however, creating what Environment Commissioner Jan Wright sees as a moment of opportunity to develop a strategic oversight which will put the regulators ahead of the game.

Dr Wright’s perception, based on international experience and on the recent sharp increase in exploratory drilling activity, is that the petroleum industry will begin to grow rapidly and that, unless it is put on a proactive footing, regulation will struggle to keep pace.

She issued a report last month which identified six broad policy changes to make the onshore drilling regime more resilient.  Although off-shore exploration is also increasing and is the primary focus of public concern, this was outside the scope of the inquiry.

There is a lot at stake.  An analysis by BERL economic consultants found that fracking has the potential to deliver almost NZ$800 million in GDP each year and over 7,000 jobs.  But exploration has now expanded to the East Coast Basin where the geology is similar to the Bakken and Eagle Ford shales in the United States, and where there is greater earthquake vulnerability than in Taranaki.

The Commissioner is not proposing radical reform, more a series of tweaks to the existing framework.  She accepts that the environmental impacts of an individual well are generally small but is concerned about the cumulative effect of many wells on the landscape and on groundwater, particularly as the Resource Management Act (RMA) is not well-suited to managing aggregate effects.

Nevertheless, the Government’s response so far has been polite rather than enthusiastic.  It has said that it will consider her recommendations but has provided no timeframe for this consideration.


An NPS for oil and gas

The RMA tends to operate on a “first come, first served basis” and concentrates decision-making at the local level, neither of which equips it well to evaluate the relative merits of competing land uses or to manage resource scarcity.  But it does provide mechanisms for central government intervention through National Policy Statements (NPSs) and National Environmental Standards (NES).

Dr Wright recommends that an NPS be developed to direct councils on how to provide for onshore oil and gas drilling within their local or regional plans, including monitoring requirements and how to deal with the cumulative effects of multiple wells.

She also recommends that drilling an oil or gas well, fracking and waste disposal be classified as discretionary activities by all councils in their planning and policy documents.  This classification means that they would require specific RMA consent and that an application for consent could be declined.

Currently Taranaki treats drilling as a ‘permitted’ activity, meaning that it does not need to be approved provided it complies with certain criteria in the regional Freshwater Plan. Other councils generally treat it as a controlled activity which means that the council can impose conditions on an application but cannot decline it.

Responsibility for ensuring that the design, construction and operation of a well are safe lies primarily with WorkSafe NZ’s High Hazards Unit (HHU) as part of its mandate to protect workers.  But the HHU’s supervision does not extend to assessing whether the well is adequately cased when it passes through freshwater layers as this does not bear on worker safety.  Nor is it responsible for abandoned wells as they are not workplaces.

Dr Wright suggests that either the Health and Safety in Employment (Petroleum Exploration and Extraction) Regulations 2013 be amended to direct the HHU to include environmental risks in assessing well design, or that regional councils be required to include freshwater protection as a condition in granting drilling consents.

The first option is likely to be preferred by the industry as it is more pragmatic, draws on existing expertise and  is consistent with HHU’s oversight of petroleum drilling.

Although the Commissioner acknowledges that the chance of a fracking accident is low, she observes that it is not zero; that the clean-up costs can be significant; and that issues of who should pay can arise when consents have been surrendered and a well has been decommissioned.

She recommends that the adequacy of the public liability insurance held by companies bidding for exploration permits be assessed by New Zealand Petroleum and Minerals as part of regular “credit checking”.

She also recommends that an annual levy be imposed on industry participants to cover the cost of monitoring abandoned wells and remediating any future leaks, similar to the Alberta and Saskatchewan regimes.

Dr Wright wants regional councils to be required to enforce the controls under the Hazardous Substances and New Organisms Act (HSNO) when they are visiting well sites.  Currently they have the legal power to do this, but not the obligation.

Land-farming is a waste disposal technique used in Taranaki where solid wastes mixed with topsoil are spread on dairy paddocks which are then fertilised and re-grassed.  The microbes in the soil break down the hydrocarbons and limits are put on contaminants like heavy metals which do not biodegrade.

However, although there has been no evidence of contamination, a major dairy company recently announced that it will no longer accept milk from these farms.

The Commissioner has recommended that a working group, including regional council officers and agricultural representatives, be convened to resolve when livestock can be put back on to ‘land-farmed’ pasture in Taranaki and how solid waste from the East Coast Basin should be disposed of before the number of wells begins to proliferate. 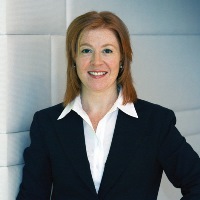 Karen Kemp is a senior associate at Chapman Tripp, specialising in commercial litigation with particular experience in energy and natural resources.