Legislative change may be the only way to “fix” the contract law issues arising out of a controversial Supreme Court judgment just before Christmas last year relating to D&O insurance.

Legislative change may be the only way to “fix” the contract law issues arising out of a controversial Supreme Court judgment (BFSL 2007 Limited & Orrs (in liquidation) v Steigrad [2013] NZSC 156 [23 December 2013])  just before Christmas last year relating to D&O insurance.

The case concerned consolidated appeals by the former directors of two defunct companies (Bridgecorp and Feltex) seeking to have their costs of defending civil claims (and, in the case of the Bridgecorp directors, criminal charges) paid under their D&O cover.

Both D&O policies had a single aggregate limit for all amounts payable.  In both cases, third party claims for damages or compensation had been made against the directors which, if successful, could exceed the amount insured.

The matters in contention were substantially the same as in Moore v Chubb (Chubb Insurance Co of Australia Ltd v Moore [2013] NSWCA 212 (2013) 302 ALR 101), the New South Wales Court of Appeal decision which is about to be appealed in the High Court of Australia.

Moore v Chubb turns on the correct application of section 6 of the Law Reform (Miscellaneous Provisions) Act 1946 (NSW).  The New Zealand litigation hung on section 9 of the Law Reform Act 1936 – a provision which the Supreme Court noted was “in all relevant respects identical” to section 6.

These commonalities have led at least two expert commentators, Kevin LaCroix in The D&O Diary and Francis Kean in WillisWire, to speculate that it is possible the High Court of Australia may go down the same path as New Zealand – and, if so, to call for a legislative solution.

Should the High Court of Australia accept the New Zealand Supreme Court’s majority (three to two) interpretation, the practical ramifications will extend well beyond D&O insurance.

All cost-inclusive insurance liability policies will be affected, including professional indemnity, prospectus liability, employers’ liability, statutory liability and general or public liability.  But the ambit of section 9 is not limited to policies providing cover for civil claims – those policies which provide cover against reparations for victims in criminal proceedings (as in a workplace accident, for example) may also be caught.

Criticism of the Supreme Court judgment has centred around four points:

•    it deprives the insureds of a critical benefit for which they contracted,

•    it turns upside down the principle that liability insurance exists to protect the insured, not to protect claimants, and

•    it interferes with the bargain struck between insurer and insured, beyond what is necessary to ensure simply that the third party claimant receives what would otherwise be payable in respect of the insured’s liability to that third party.

The majority’s reasoning
So what led the majority of the Court to the conclusions they reached?

First, they were satisfied that “the scheme, the text, the caselaw and the legislative history” of section 9 made it clear that the statutory charge attached at the time that the event giving rise to the third party claims occurred.  From this, they concluded:
“It is immaterial under the statute that the contractual obligation to pay the directors’ defence costs arises when the costs are incurred and that liability on the claim for damages is not yet determined or payable.  The effect of the charge is that payments on the contractual obligation to meet the directors’ defence costs can be met only at the peril of the insurer when there is insufficient insurance cover under the limit of the policy to meet both insurance obligations.”

To allow litigation costs to be paid out first was “tantamount to requiring third party claimants to fund an unsuccessful defence, which would normally not occur under ordinary court cost rules”.

And – no – the majority did not accept that the effect of this ruling would be to compromise the insured’s access to justice:
“An insured would only be deprived of the ability to mount a defence if he or she had no other funds available … and where no lawyer would act on a contingency basis.  Further an insurer may well have an incentive to fund a good defence out of its own funds as that would reduce the insurer’s exposure under the policy”.

Any other interpretation would inhibit the ability of the insurer and the insured to defend third party claims and would be a “major interference” to the contractual relationship and rights established under the policy.

Conclusion
The New Zealand Law Commission drafted a bill in 2004 which proposes a slightly different approach to section 9, one which does not rely upon a charge but on extending privity of contract to third parties under the Contracts (Privity) Act 1984.  However, no commitment from the government is likely in advance of this year’s general elections.

The market response is to move either to separate policies for defence costs and third party liabilities or toward separate indemnities within a single policy.  But, while this will cover off future risk (albeit in a less flexible way, potentially to the detriment of third party claimants), those insureds with claims pending under an aggregated policy remain in an invidious position.  So, too, do their insurers. 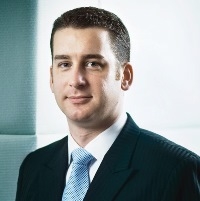 James Burt is a senior associate at Chapman Tripp, specialising in commercial litigation.  Chapman Tripp acted for AIG, the insurer to Feltex and its directors.