FMA thinks outside the box

The Financial Markets Authority (FMA) has reached for an imaginative solution to protect the New Zealand public against a New Zealand couple who are already subject to banning orders in Australia.

The Financial Markets Authority (FMA) has reached for an imaginative solution to protect the New Zealand public against a New Zealand couple who are already subject to banning orders in Australia.

The conventional approach would have been to apply to the court for a banning order. Instead the FMA got the same result without the time and cost of a court proceeding by using its broad powers under the Financial Markets Conduct Act 2013 (FMCA) to accept enforceable undertakings from companies and individuals within its jurisdiction.

The couple concerned have given an open-ended undertaking that they will never provide financial adviser or broking services in New Zealand. He will also never act as a director or promoter of a company in New Zealand while his wife has agreed to a four year ban.

They can continue to operate their South Island-based car dealership on the specific condition that they will not seek to raise capital from, or offer any securities or financial products to, the public or provide financial services to people buying or selling vehicles through their business.

The husband was found by the Supreme Court of New South Wales in November 2012 to be the mastermind behind a fraud involving 14 unregistered offshore managed investment funds, including a $30 million Ponzi scheme.

He is subject to a permanent disqualification order in Australia and his wife to an eight year ban from providing financial services and a six year ban from being a company director.

The Court found that he had either personally chosen or implicitly approved the 13 other people involved in the scam, three of whom received jail sentences.

His offending was regarded as particularly serious because he had effective control over all of the funds, gave directions for returns to be paid at a fixed percentage irrespective of the existence of profits, presented the schemes to unsophisticated investors as a get rich quick proposition with no risk, and targeted superannuation savings.

In addition to the permanent ban, he was ordered to pay $500,000 - then the largest penalty order in the history of the Australian Securities & Investments Commission.

The undertakings to the FMA were agreed and announced on 13 July after the Australian appeals process had run its course. Their effect has been to ensure that the New Zealand public receives the same protections as the Australian public.

The Securities Commission had issued a warning letter to the couple some years ago and the FMA took a watching brief over the Australian proceedings, cooperating with ASIC as required. This engagement shows that the level of integration between our two economies means that developments on one side of the Tasman will often have implications on the other.

In this case, the FMA has shown itself willing to think outside the box in pursuit of its principal objective, which is to maintain public confidence in the smooth performance of New Zealand capital markets.

The FMA could have gone for a banning order under the Financial Markets Conduct Act. A New Zealand Court has the power to make a banning order against a person who has been banned from carrying out activities overseas which are similar to providing financial adviser services and broking services in New Zealand.

Given the very similar laws in New Zealand and Australia on this point, this is a relatively non contentious use of the undertaking provisions. The position may be less clear in those situations where there is a greater degree of divergence between New Zealand and overseas law. 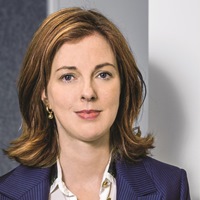 US firms Smith Gambrell Russell and Freeborn & Peters are merging, to create a new global firm