The decline and fall of the patent attorney profession

In recent years, the intellectual property (IP) profession in New Zealand and Australia has been going through a reshaping of seismic proportions, and still there are major aftershocks ahead.

The situation is particularly bad in New Zealand, where the government’s philosophical desire for an integrated market with Australia has left the small elite patent attorney decimated and vulnerable.

Patent attorneys are to the legal profession what brain surgeons are to the medical profession. Patent attorneys in New Zealand usually have at least two university degrees (often to doctoral level), with a large percentage also having law degrees. Up until recently, patent attorneys became registered to practice after receiving three years’ in-house training and passing six challenging exam papers.

Of all the patents and trademarks filed in NZ, the vast majority are owned by foreign entities. Obtaining New Zealand IP rights for international clients generates significant export revenue, and it enables New Zealand attorneys to gain expertise in specialist technological areas in which New Zealand R&D alone is unable to generate enough work to keep them gainfully employed and up to date.

The international work also enabled IP firms to subsidise NZ clients. Acting for foreign applicants was profitable and it meant that highly skilled attorneys could do IP work for local clients at a much lower hourly rate.

Australian IP firms have enjoyed tax breaks for international marketing; they are more numerous and typically larger than their Kiwi counterparts and have stronger relationships with international clients who file four to five times more patent applications in Australia than in New Zealand.

It should have come as no surprise then (and a 2012 BERL report submitted to the government warned this would happen) that there has been a constant erosion of the NZ patent attorneys’ share of NZ patent work since 1997 to the point where, in mid-2016, Australian patent attorney firms filed more patent applications in New Zealand than New Zealand firms. There are both direct and indirect costs to New Zealand from this, including: An alarming effect of all this is that since the GFC, the rate at which locally invented technologies are patented in New Zealand, has fallen by 50%. In most other developed countries, patent filings have increased year on year. This is fine if we are happy selling what we can grow, dig up or chop down with minimum value added. However, it is a disaster for the country’s productivity and future GDP if we want to move beyond a commodity economy to an innovative economy selling high-value products to the world.

Unfortunately, things are only getting worse. As if to totally bury an independent New Zealand focussed IP profession, MBIE has recently forced New Zealand patent attorneys into a single patent attorney regulatory regime with Australia – effective from 24 February 2017.

As a result, the New Zealand profession is now regulated by an Australian-dominated regulatory body whose focus is unlikely to be on what is good for New Zealand industry.

Kiwis wanting to be patent attorneys, who have already spent years at university, must now become ‘trans-Tasman registered patent attorneys’. This involves a requirement for specific scientific/technical degrees, and then undergoing further tertiary study in nine master’s-level law papers.

While the IP law papers are offered by some Australian universities via distance learning, the cost of completing the course is likely to be $30,000 - $45,000. Victoria University in Wellington is offering three of the papers this year, but enrolments are so low, (not surprisingly), that the courses’ future must be in doubt. Any increase in the cost of training patent attorneys is ultimately borne by New Zealand industry.

The end result can only be that New Zealand patent attorneys will go the way of the moa and Kiwi innovation and industry will be the big loser.

If this was not all bad enough, the Australian profession is not in a healthy state either. Over the last few years, a few of Australia’s largest IP firms have conjured up a massive financial payout (estimated at 14 to 19 times their annual profit) by incorporating and listing on the ASX and effectively selling the ownership and control of their firms to public and corporate investors.

Cashing-up otherwise unrealisable goodwill, offloading the pressures of firm ownership and being able to take early retirement, has subsequently proved too much of a temptation for the partners in many Australian IP firms wanting a slice of that pie. Three ASX-listed IP firm holding companies have set about expanding, buying up other IP practices, and already more than 60% of the Australian profession is now employed by those three ASX-listed companies.

A survey of clients of ASX-listed IP firms in Australia (conducted by Beaton Research + Consulting) found the majority had major concerns about the consequences to them of IP firms being listed. These concerns included: A lot of these concerns would have been fed by news that ASX-listed IP firm Griffith Hack drove its staff to bill clients A$6m over a certain time period in order for the partners to receive a one-off A$20m bonus. This is the same firm that filed almost 300 patent applications in New Zealand over the last couple of years.

There have also been stories of attorneys in ASX-listed firms having their hourly rates significantly increased in order for the firm to achieve profit-level forecast to the share market.

The fact that one ASX-listed IP company shed 28% off its share value in one day for failing to achieve forecasted profits shows just how real these pressures are to perform for shareholders as opposed to clients.

Not surprisingly, the Beaton survey found that ASX-listed IP firms are shy about publicising that they are no longer privately owned, and that more than 50% of clients of ASX-listed IP firms did not know that the IP firm they used was publicly listed.

It is no secret that there is interest amongst ASX-listed companies in acquiring a major New Zealand IP firm. The experience in Australia indicates this would be damaging to the New Zealand profession and less than advantageous for clients and New Zealand business in general.

It is a sad, concerning but likely consequence that, due to the difficult environment in which New Zealand’s IP firms now operate, one of the three main firms of New Zealand’s already threatened IP profession will throw in the towel and succumb to the lure of selling out to an Australian company. The question is perhaps only, which one? 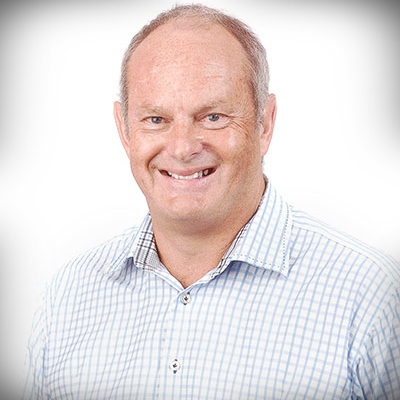 Ceri Wells is a founding partner of national intellectual property law experts James & Wells. He has been involved in patent drafting, litigation, trade mark ownership, unfair competition and copyright matters for around 30 years and specialises in working with start-up companies, venture capitalists and seed-funding organisations to encourage and commercialise NZ innovation.