“I was embarrassed to admit I was a lawyer”: What this mum did about it

After the birth of her son, a legal counsel was shocked to find no information available for new mums wanting to return for work. She decided things had to change

After the birth of her son George, a legal counsel at Orion Health couldn’t believe that there wasn’t any information in New Zealand to help guide new mums who were thinking of returning to 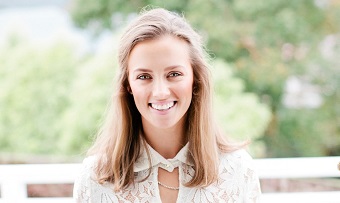 Jessie Jarvie always had a plan to go back to work after her period of maternity leave, but was left feeling overwhelmed about how to go about it.

She told NZ Lawyer that this feeling was further amplified because of her profession.

“We have this stigma in the job where you can’t work in something as demanding as the legal profession and be a good mum,” she says. “But with women becoming the larger number of law graduates, firms need to be as attractive to these women as they are to men to stay competitive.”

The “uh-huh” moment for Jarvie came when attending a coffee group meeting through her anti-natal classes, and the subject of returning to work was raised.

As all the women discussed their previous roles, she began to feel uncomfortable.

“I was so embarrassed to admit that I was a lawyer because I knew that my profession wasn’t one positively correlated with motherhood,” she says.

And it becomes obvious that other women are slipping through the cracks when you consider the high number of female law graduates in comparison with the relatively low number of females in senior legal roles, she says.

But instead of just struggling alone on her journey back to work, Jarvie decided to use her experiences to instigate positive change within the legal profession and beyond.

“When I came back to work I googled ‘childcare consultant’, because I had no idea and didn’t know what would work in with my career. I couldn’t believe there was nothing there. It’s such as significant issue, and there was no-one.”

So with the overwhelming support of her workplace, Jarvie got to work turning the tables.

The first step was to open a child care centre exclusively for the children of Orion Health staff called Milky Way.

The idea for the centre came about through a chance meeting Jarvie had with the CEO’s wife.

“When I had George I came in to introduce him to my clients, and the wife of the CEO wanted to know what I was going to do next. She suggested setting up a childcare centre at the company,” she says.

CEO husband, who has five children himself, welcomed the idea with open arms.

Jarvie says the centre is “life changing” in more ways than one, and has created a real community among the parents in the company.

That was all well and good for the her own workplace, but Jarvie still felt she still needed to address the issues and perceptions surrounding women returning to work after having children for the wider legal profession.

So a short time later, she launched a side-project, a consultancy service called LouLaMere that aimed to guide new mums through their return to work.

Firms and businesses are able to sign up to the service on behalf of their new-mum employees, and women can also approach it on an individual basis.

LouLaMere is designed to aid women throughout all the aspects of returning to work that Jarvie and the other mums involved found most difficult.

It kicks off with a “download” session – a one-hour chat with the new mum to find out everything about her life both as a professional and as a mother.

This information is then integrated into a transition manual, fully tailored for each individual client.

Everything is carefully considered – from acting as a childcare broker to recommend the most complementary day centres for the mum and baby, to providing an action plan about when and how the mother will return to work and what she needs to organise in the meantime.

“Another thing that all the women find really cool is the tricks and tips section. This is collated from feedback from working women in the profession - it’s like a knowledge base,” says Jarvie.

The last part of the manual is a list of maternity-type products like special breast-pumps that working women have recommended after finding them particularly helpful themselves.

“Of course it’s important that [new mums] make these decisions themselves, but by presenting them with the options, they may feel a little bit more comfortable,” says Jarvie.

All of this is no small feat, considering that Jarvie is still only in her mid-20s, is a working lawyer and a mum.

But it proves that it’s certainly do-able, and highlights that statistics indicating organisations often perceive that women “want to leave the industry” after having a child need to be changed.

“People often say we need to give it time, but it’s not true. We’ve been here since the 90s. It’s been 20 years – the problem is in the structure of what we’re doing,” says Jarvie.

In the month since LouLaMere was launched, there has already been a flourish of interest in its services, both from the big firms and organisations to a variety of individuals.

Supporting women to transition back to work is not just in the mother’s interest, says Jarvie.

From a commercial standpoint it will also help firms retain valuable staff - especially considering said staff members make up at least 60% of the legal population after graduation.

“I’m hoping [this concept] might eventually result in an intrinsic change,” she says. “We’re at a point in the profession where talking is great, but we need action.”