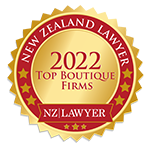 Jump to winners | Jump to methodology

A relatively new addition to New Zealand’s legal landscape, the country’s first boutique law firms were founded only within the last few decades. However, clients quickly discovered the advantages of a small, specialised firm of lawyers dealing almost exclusively with one area, and boutiques have become popular for their in-depth expertise, competitive pricing, and a more personalised and accessible service.

NZ Lawyer’s inaugural Top Boutique Firms report highlights New Zealand’s top law firms which derive at least 50% of their revenue from one practice area. Submissions were received from firms all across the country, with specialisations ranging from employment law to immigration, dispute resolution, tax, and intellectual property.

“The future has come to meet us, and there has been a steady proliferation of boutique law firms in New Zealand. Lawyers have understood that clients want the very best lawyer with deep expertise in a particular area of law”
Mai Chen, Chen Palmer 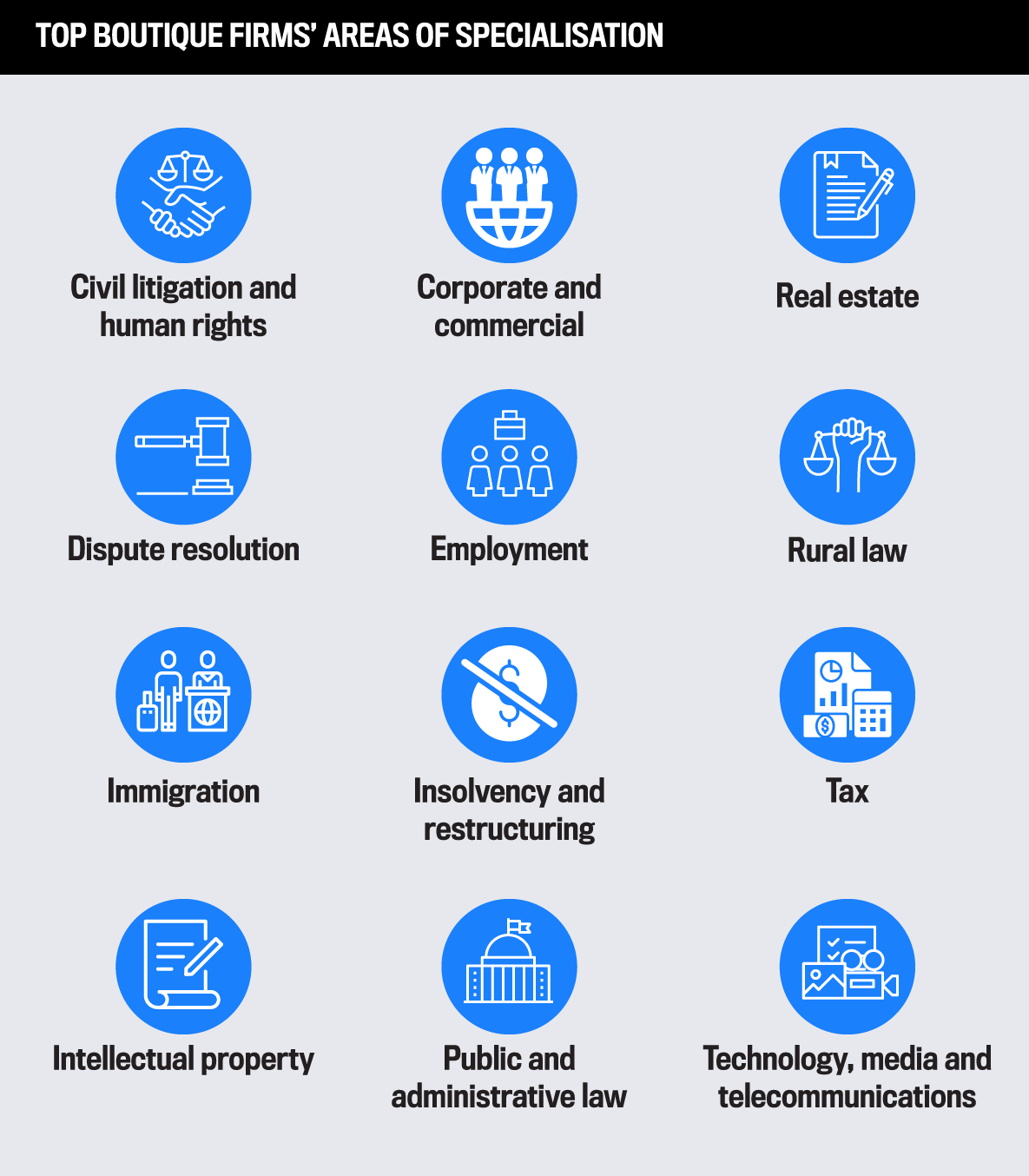 A founder of one of New Zealand’s first boutique law firms, Chen Palmer senior partner Mai Chen says that boutiques have come a long way in the country since their beginnings almost 30 years ago. While the legal landscape was still dominated by full-service firms, launching a boutique in New Zealand was considered a “leap of faith,” but clients increasingly started to seek out specialist lawyers for complex matters, and so the boutique landscape has thrived.

Chen says that the legal market in the United States significantly influenced progress in New Zealand, and it was the Californian legal market which prompted her to start up Chen Palmer.
Before her firm was established, she did research in California and confirmed that all firms there were boutiques.

“A firm might have had 175 partners, but it only specialised in two or three areas of practice. That gave us the confidence to start one of New Zealand’s first boutique firms. Now the future has come to meet us, and there has been a steady proliferation of boutique law firms in New Zealand. Lawyers have understood that clients want the very best lawyer with deep expertise in a particular area of law.”

“A general practice law firm does not necessary provide that – and even in general practice firms, clients will often seek out a particular lawyer due to their unique skills,” Chen explains. “They do not usually say ‘any lawyer will do’.”

Chen notes that while New Zealand still hosts a large number of general practice firms, clients are increasingly recognising the need for “unique and bespoke” solutions offered by a specialist firm. She says that diversity in this area of law has also come a long way as the sector has grown, and this has been an important part of her firm’s work and values from the very beginning.

“We led the way on increasing diversity in the profession by being one of the first firms in New Zealand with a Chinese partner named first,” Chen says.

“I thought the firm should be called Palmer Chen, but my co-founder Sir Geoffrey Palmer insisted on that to signal that we were trying to do something new at Chen Palmer. A lot of the firm’s pro bono work over the last 27 and a half years has been putting a diversity and superdiversity framework on law and policy.”

“The Royal Commission’s Interim Report in relation to redress was issued in December 2021. The evidence provided by us has informed many of the findings in that report”
Sonja Cooper, Cooper Legal

As specialists with in-depth knowledge of their practice areas, boutique firms are often in a unique position to advocate for legal change and influence decisions at the government level. One of the most prevalent themes of this year’s nominations was the firms’ ability to leverage their in-depth expertise to direct investigations and inquiries, influence government decision making, and obtain excellent results for clients in difficult circumstances.

One firm with such expertise is Cooper Legal, a civil litigation and human rights specialist whose ongoing advocacy for survivors of historic abuse played a key role in establishing the Royal Commission of Inquiry into Abuse in Care. The Inquiry has gone through 100 days of public hearings and has received almost 2,000 private sessions, written accounts and witness statements from survivors of historic abuse.

Principal partner Sonja Cooper notes that her firm’s ability to provide specialist advice has significantly influenced the direction and findings of the Inquiry, as well as its recommendations for redress.

“The Royal Commission of Inquiry into Abuse in Care has undertaken extensive investigation work over the past 18–24 months, and many of the survivors who have participated in the investigation – and continue to do so – are either current or former Cooper Legal clients,” Cooper says.

“The Royal Commission’s Interim Report in relation to redress was issued in December 2021. The evidence provided by us has informed many of the findings in that report.”

“In particular, the Royal Commission has recommended that the Government set up an independent redress scheme (puretumu torowhānui),” she explains.

“It has also recommended that the Government implement substantive changes to limitation legislation, the accident compensation scheme and its Model Litigant obligations, as well as introducing a statutory ‘duty of care’.”

“While the legislative reforms are still to come, the Government has indicated that it accepts the Royal Commission’s recommendations,” she adds. “This development has been highly vindicating for us and our clients.”

“As a specialist firm, we have been able to make a big and meaningful difference for a large number of New Zealand employers by working hard to arrange for key personnel to continue to be seconded to New Zealand, even in very trying circumstances”
Marcus Beveridge, Queen City Law 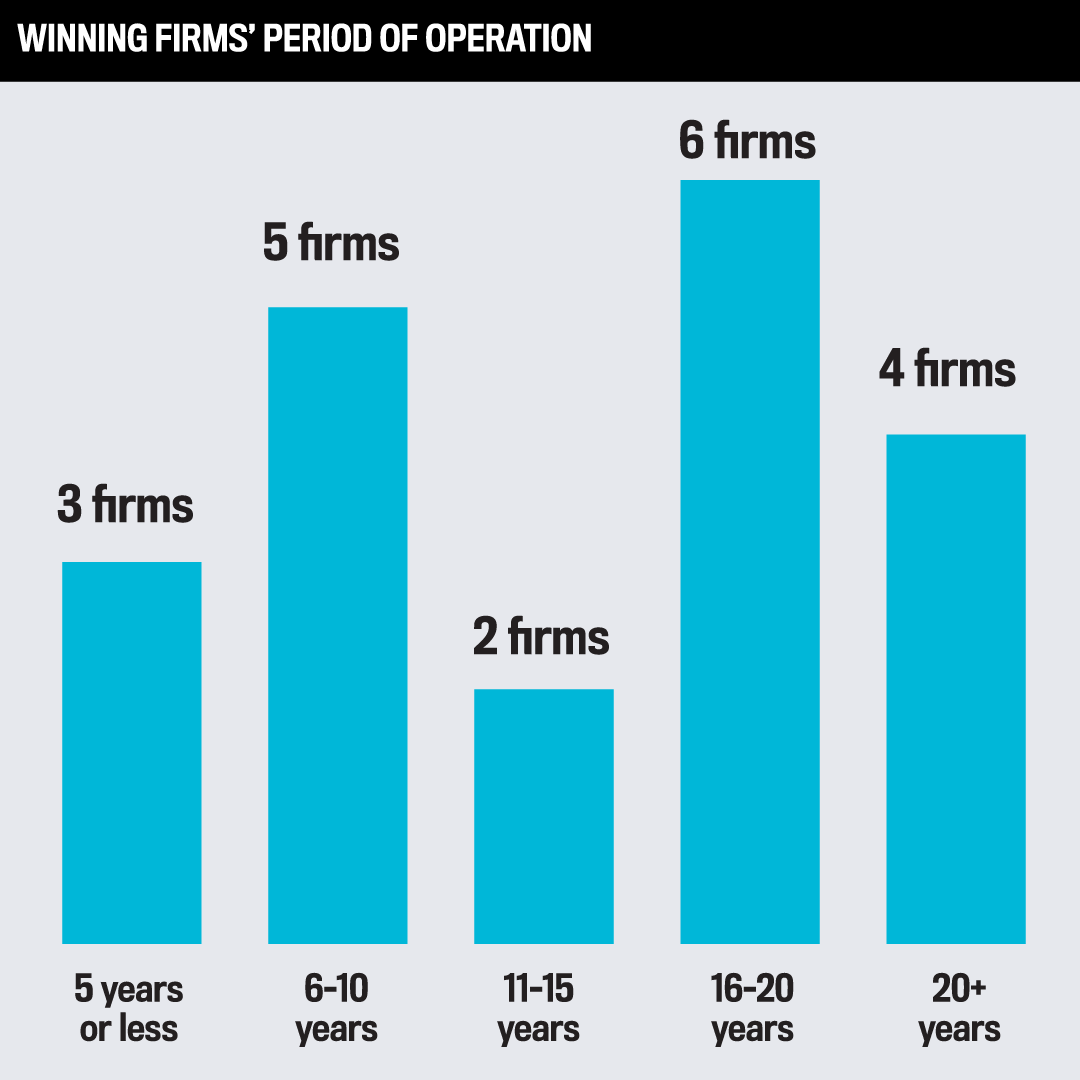 Another Top Boutique Firm that has been actively involved in Government decision making is Queen City Law, an immigration specialist which has dealt with a number of investor clients over the last several years.

Managing director Marcus Beveridge notes that the immigration space has been particularly tough over the last few years due to the COVID-19 pandemic. However, a small team with in-depth expertise and strong connections was able achieve excellent client results, as well as positively influence Government thinking around immigration.

“Through sophisticated media lobbying and the engagement of some high-level political lobbyists, we managed to slow down the government changing the Investor 1 category from NZ$10m to $25m,” Beveridge notes.

“We did this by exploiting our specialist knowledge, plus our goodwill with many of the senior officials in this area. We also managed to obtain a number of exceptional immigration outcomes as exception to policy, or by way of ministerial discretion.”

“We have seen many meritorious immigrants, some of whom had really tear-jerking circumstances to deal with involving split families,” he added.

“As a specialist firm, we have been able to make a big and meaningful difference for a large number of New Zealand employers by working hard to arrange for key personnel to continue to be seconded to New Zealand, even in very trying circumstances. This is a testament to our team, and our ability to offer in-depth expertise in a way that a larger firm perhaps couldn’t do.”

If this year’s submissions have made anything clear, it is that boutique law firms have firmly found their place in the New Zealand legal landscape and have become the go-to choice for clients seeking expert knowledge on complex areas of law. They are at the forefront of driving important conversations and influencing change at a high level, as well as using their specialist knowledge and connections to achieve excellent results on behalf of their clients.

From 18 April to 13 May 2022, NZ Lawyer invited submissions from boutique law firms operating in New Zealand. The research team called for firms that derived at least 50% of their revenue from one practice area. Firms were asked to fill out an online entry form nominating potential candidates, and entrants were asked to name their area of specialisation, describe their achievements over the past 12 months, and explain why they stood apart from their competitors.

To determine who made the list, the team considered factors such as the strength of the matters handled by the firms, their longevity in the industry, their client service delivery approach and noteworthy achievements in meeting client needs. A total of 20 firms emerged as the cream of the crop, earning the right to be recognised as the country’s Top Boutique Firms for 2022.