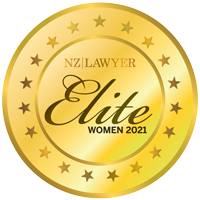 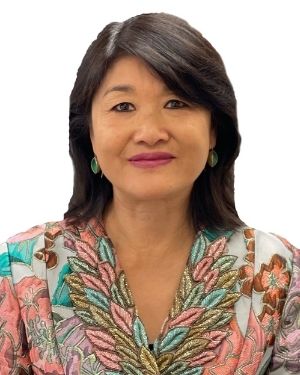 Mai Chen’s Diverse Thinking Matrix
Applying the Diverse thinking Matrix, I was born in Taiwan and my family emigrated to NZ when I was six and a half years old. We emigrated to Christchurch and we were the second Taiwanese family in the South Island. I was the youngest of four daughters. None of us spoke English. We came to New Zealand as my Dad was recruited to train the New Zealand's Gymnastics Team. He also worked at the YMCA.

We were Buddhists, but our parents sent us to the local church, which just happened to be Baptist, after learning that the “C” in YMCA means Christian.

My parents did not insist we speak Mandarin at home as the teachers from school said our English was poor and we had a lot of catching up to do.

We arrived in NZ with $120 USD that my parents' families had given to us. We lived in Bryndwr in a state house and we were poor. Mum had to work and I started cooking for the whole family when I was 10. I had my first paid job picking fruit when I was 10. We got our first car to take a holiday to see snow on the mountains. I had never touched snow before, and we never made it to the mountains that day as the car broke down.

My first trip overseas from NZ was when I won the National Jaycees Speech competition and was sent to Sydney as part of the Prize when I was 15 years old.

I played a lot of sport and captained the Netball, Volleyball and Basket teams I played on. I was in the Gymnastics team and the tennis team, and I also debated. I became Dux and Head Girl and won Best All Around Student when I was in the seventh form. I went to public schools.

I married Dr John Sinclair who was born in Grimsby in the UK; his parents are from the Shetland Islands and Aberdeen. I bought my own wedding ring as he was a poor student. I won 8 scholarships which allowed me to take my husband with me when I went to Harvard Law School, and paid for all my fees, books and health insurance. This was the only financial assistance I got as my parents never wanted us on welfare of any sort. They wanted us to work for what we got and to give back to our adopted country. Our New Zealand born son is Eurasian and raising him has deepened my own CQ and my understanding of identity for those who come from several different ethnicities.

I got my first woman’s watch that was not a man’s hand me down watch from my Dad when I was 32 years old. My husband gave it to me for my birthday.

I did voluntary work for the Christian Scripture Union Holiday programme looking after teenagers. That is where I met my husband. I also worked on Youth for Christ’s Te Hou ora Programme with troubled girls referred from the Department of Social Welfare, as it was then called. I also ran a dance group for those girls for 4 years while I was at university. I played at Easter tournaments with the NZ Chinese association Basketball team.

I worked at the UN in Geneva at the ILO on a Harvard Human Rights Scholarship on indigenous peoples’ rights and on women’s rights. I was a regulator when I sat on the Securities Commission. I really liked being a regulator and I was good at it.

I have learned a lot about making big heavily regulated organizations work well in my almost seven years on the BNZ Board and chairing the People and Remuneration Committee. Banking is important, challenging, and complex.

Teaching with Sir Geoffrey Palmer at Victoria University School of Law and then starting Chen Palmer, NZ’s first Public law and boutique law firm was a unique learning experience about politics, the media, about public policy and about the law. I was also the inaugural chair of the Global Women for three years.

The work I have done establishing the Superdiversity Institute, NZ Asian Leaders and Superdiverse Women have given me a unique perspective on NZ’s superdiversity and how that impacts business, public policy and law.

I travel to develop my own CQ and Africa and Israel were recent trips pre-COVID that really challenged me.

I run and do yoga most days and have a good network of yogi friends. I swim.