BarristerSELECT is being rolled out by taLaw in New South Wales, allowing users to more easily engage barristers. What differentiates the system, according to taLaw founder and managing director Stephen Foley, is that it takes best practices and migrates these to a digital platform, takes advantage of the extensive expertise of barristers’ clerks, and allows users to achieve their equitable briefing goals.

The service lets users input requests on the platform, specifying details such as the type of barrister, expertise, and fee structure that are preferred. It then analyses the request to identify the most appropriate chambers and sends the request to these chambers.

“We’re really drawing on the intelligence of the barristers’ clerks, which is why I think this is a different system. You can go online and see a list of barristers and their CVs and everything, but how do you know really who’s the best one to choose? How long does that process take?” Foley said.

Barristers’ clerks will suggest the best barristers for matters because their chambers’ reputations are on the line. They know who to choose because it’s their job to intimately know their barristers, Foley said.

The system is also faster than manually calling numerous chambers to choose barristers. For requests that come in by noon of each day, the system will respond with the best-suited chambers for the particular matter by 4:30p.m.

“The process is simpler, less time-consuming, and better because it provides a cross-section of the best chambers in New South Wales rather than just two or three [that] solicitors might call during their search,” Foley said.

Each chamber on the system identifies what practice areas they believe they excel in, which is what the system uses to choose chambers based on requests. However, users have the ability to specify particular barristers or chambers they’ve previously used.

“It doesn’t preclude them from any particular barrister they might have used previously,” he said. “We’re allowing them to use their historical knowledge and they can set the system up so that those particular barristers will always be requested, along with anybody else who might be available. We’re leveraging both sides.”

This feature, Foley said, came directly from feedback from a large law firm during the beta phase of the new system, and was quickly integrated into the service because taLaw employs and agile development process.

The system was in beta with a couple of firms, a couple of in-house counsel, and a number of clerks involved, Foley said. The company tried it out with just a pilot to make sure the solicitors, barristers, the barristers’ clerks, the chambers, and in-house counsel were all happy with the product. The reception has been phenomenal, he said.

“We were hoping that when we launched, we’d have 10 chambers in place. In fact, we’ve had 20 chambers. The overwhelming response by chambers and by barristers’ clerks is that this makes so much sense and makes it much easier for everyone to operate. ... We’ve got over 600 barristers who are part of the system,” he said.

Another key feature of BarristerSELECT is that by ticking a single box, users can tell the system to prioritise equitable briefing.

“At the moment, only 22% of the New South Wales bar are women,” Foley said. “So there’s an equitable briefing policy that the government has put forward that needs to be implemented by 2018 where at least 20% of matters needs to be briefed to women.”

BarristerSELECT is rolling out in Sydney today. It is free for solicitors to use and a $165 fee is only charged to chambers when a barrister is engaged for a matter. 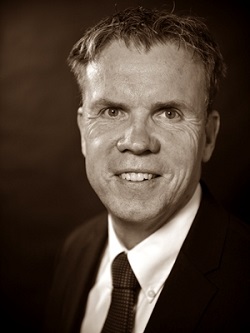