LAN of the long white cloud? The expanding reach of New Zealand law to online businesses

In the past 12 months we’ve seen ever-increasing demands for the strengthening of New Zealand’s legislative arsenal against online businesses based off-shore. This has resulted in proposed changes to New Zealand law that will affect all businesses that engage with New Zealanders online.

Traditionally, New Zealand law has only applied to conduct that takes place in New Zealand, with rare exceptions. However, in an environment where New Zealanders frequently access content and services from providers whose infrastructure (such as servers) are based outside Aotearoa, it has become increasingly clear that our law needs to be updated to reflect the realities of the global digital economy in which we operate.

Law satisfies the geographer in this Allen & Overy counsel

While New Zealand law and regulators can rise to meet those challenges – to an extent – we’ve also witnessed in the past 12 months the jurisdictional challenges of enforcing New Zealand law against offshore online businesses, which indicates that any fix won’t be an easy feat.

This article summarises key impending issues and developments in New Zealand of which online businesses offering services to Kiwis should be aware, wherever such businesses may be based.

As we’ve previously commented on, the Justice Select Committee unanimously approved an amendment to the Privacy Bill which means that New Zealand privacy law will expressly apply to agencies based outside the country, if those agencies ”carry on business” in New Zealand.

Importantly, there’s no bright-line test to determine what amounts to ”carrying on business”. However, the bill expressly contemplates that an agency may be subject to New Zealand law regardless of whether that agency:

The Privacy Commissioner has stated that this amendment will have the effect of ”sending a message” to overseas platform providers that they are subject to New Zealand law.

The new law is currently expected to come into force in March.

In mid-September, the government announced its intention to amend the Films, Videos, and Publications Classification Act 1993, to require commercial video-on-demand providers to show classifications and consumer warnings before airing content accessible by New Zealand viewers.

Although the proposed changes to the law are yet to be published, we expect this change to have express extraterritorial effect.

The chief censor has publicly voiced frustrations about inadequate warnings for New Zealand viewers of on-demand content – particularly with respect to topics like suicide and sexual violence. The Office of Film and Literature Classification even assigned a newly created ‘RP18’ classification (parental supervision for those aged under 18 years old) to Season 2 of the Netflix show, ‘13 Reasons Why’, late last year.

In 2019, we’ve also seen legislative and political focus on the following areas of interest:

Even if the long arm of New Zealand law is extended to providers based offshore, extending the practical reach of regulators responsible for enforcing those laws isn’t as straightforward. The High Court decision in Commerce Commission v Viagogo AG [2019] NZHC 187 highlighted that exact difficulty.

Viagogo – a Swiss-based ticket resale platform – protested the jurisdiction of the court to hear proceedings brought by the Commerce Commission, which sought an interim injunction against Viagogo to prevent it from continuing to engage in unfair trading practices in breach of New Zealand’s Fair Trading Act 1986.

In short, the High Court held that – no matter the extraterritorial reach of the Fair Trading Act – its hands were tied when proceedings weren’t effectively served, thereby ruling out the ability to obtain interim relief.

The Court of Appeal has since dismissed the notion that effective service is a prerequisite to the grant of interim relief (Commerce Commission v Viagogo AG [2019] NZCA 472). However, what remains to be seen is whether the Commerce Commission can establish that the Fair Trading Act applies to Viagogo’s conduct.

Interestingly, Viagogo has since ”voluntarily” made changes to its online platform in New Zealand to allay some of the Commerce Commission’s concerns. This action demonstrates the effects of the pressure a regulator can exert, even in cases where the legal niceties of matters such as jurisdiction remain unresolved.

In reality, the key driver for compliance with New Zealand law is likely to be consumer expectation, rather than enforcement of laws and regulation. This expectation is often shaped by the law.

On that basis, online businesses should consider whether their product needs to be sensitive to New Zealand law, even if – strictly speaking – it doesn’t apply or may be unable to be effectively enforced by the local regulator.

In particular, where the reputation of a business and the trust consumers place in it can be destroyed by negative press coverage (or even a single tweet), the risk of being publicly dragged across the coals by a New Zealand regulator may not be worth attempts to rely on technical legal arguments.

If you’re expanding your content or service offerings to New Zealanders – or if you’re an existing offshore provider that engages with Kiwis online – now more than ever is an opportune time to consider how New Zealand law may apply and what you need to do to localise your offering to suit the New Zealand market. 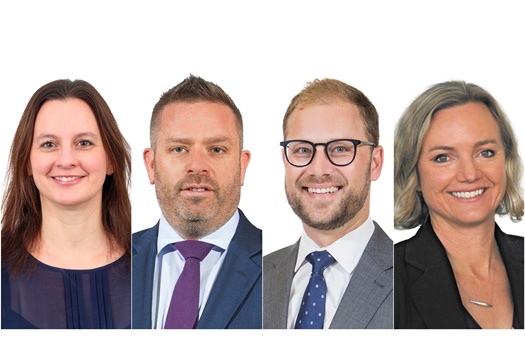 If you need advice on the offer of services or content online to New Zealanders, or on any other implications of New Zealand law to your online business, please get in touch with them. Miller, Featherstone, and Fraser are co-authors of Thomson Reuter’s practice note ‘Digital Business in New Zealand’.

Law satisfies the geographer in this Allen & Overy counsel