Mergers and acquisitions of companies with ties to Australia or New Zealand dropped precipitously in the first quarter of the year, according to Reuters’ latest M&A legal advisors league tables.

Announced deals with any Australia or New Zealand involvement totalled US$14.73b in the first quarter, a 42.7% decline from the same quarter in 2016 and a 76.2% fall on the quarter. Announced deals volume totalled 403, down 5% year on year and 28.9% quarter on quarter, respectively.

Completed deals totalled US$12b, down 33% YoY and 67.8% quarter over quarter, respectively. The total number of completed deals is 289, a 4.9% drop on the year and an even larger 24.7% decline compared to the last quarter.

Below are the Australasia league tables: 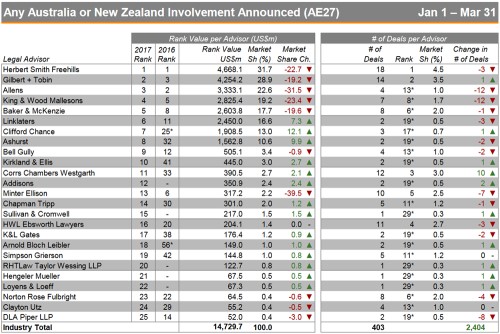 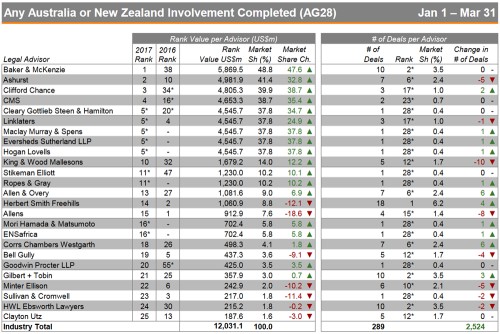 Mills Oakley wins over another partner and team