The Courtrooms of the Future

Innovative ideas and rapidly advancing technology have changed the courts and affected the way hearings are conducted. The new generation of lawyers, along with court users’ demands to access information online, have driven the demand for new courtroom technology.

Innovative ideas and rapidly advancing technology have changed the courts and affected the way hearings are conducted. The new generation of lawyers, along with court users’ demands to access information online, have driven the demand for new courtroom technology. Prior to this push for new technology, most processes and procedures in common law jurisdictions, particularly in terms of production of the court record, have changed little since author Charles Dickens worked as a court stenographer in London in the early 19th century.

Technological advancements in the courts

In 2015, The Hon. Marilyn Warren AC, then chief justice of Victoria, gave a speech titled “Embracing Technology: The Way Forward for the Courts”. She referred to many of the recent advancements in technology, discussed their practical impact in terms of the courts’ workload, and posited a scenario where an entire hearing could take place on virtually. She also outlined some of the more advanced options, picturing a court hearing that is entirely virtual: a judge presiding via Skype from chambers; barristers presenting arguments remotely; witnesses giving evidence from their offices anywhere in the world, and jurors watching it all play out from another venue; or a prosecutor taking a judge and jurors on a virtual tour of a crime scene, as if they were actually in the accused’s shoes.

Her vision of a court system where nobody need attend court at all and where all documents are filed, served and viewed online at anytime from anywhere – a ‘paperless, people-less court’ -may in the future bring dramatic changes to the way that court hearings are run.

Since the 1950s, most courts in Australia have had some way of recording proceedings, beginning with analogue tapes, then moving to digital audio recording in the 1990s. Currently, almost every courtroom in Australia is equipped with the ability to create a multi-channel digital audio recording. Some of these courts are monitored and logged in person; some via closed-circuit television or digital video camera on a centralised basis (i.e. from a control room within the building) and many now being monitored and logged remotely. For instance, the Fair Work Commission, a national federal agency with 40 courtrooms across Australia, is recorded and monitored from a central location in Melbourne. A team of monitors ensures that the recordings are up to the required standard and that notes or annotations are created.

Recent advancements in digital audio recording technology have afforded the opportunity for court agencies to look at how they manage audio recordings, and providers are being asked to provide online access to recorded audio with annotations within 15 minutes of the completion of the recording. This increases the importance of the annotations, as they now form the basis of searches carried out by court staff. Increasingly the courts are also asking for online portals to enable court users to access, with permission, the audio and written transcripts from hearings they were involved in, which they can do from their tablets and smartphones.

While same day, next day and longer turnaround transcription using QWERTY keyboards is routinely done, and audio recordings still transferred to teams of transcribers, the requirement for instant access to information has also meant that real-time court reporting is an in-demand service, particularly for long-running, complex hearings. A real-time reporting team, consisting of a stenographer and editor, attends the hearing to take down proceedings in court as the words are spoken. This enables the words to appear on screen within a few seconds. Stenographers are highly skilled and can write at up to 280 words a minute at very high levels of accuracy. Access to the real-time feed gives lawyers the opportunity to follow a hearing remotely, either from a desktop or via a tablet or smartphone, and exchange messages with those in the court. It is now the custom that court reporters and audio transcribers provide complementary rather than competing services. There is room for both methodologies depending on the requirements of the parties to the litigation, as well as the nature of the litigation itself.

For a number of years, major court hearings in Australia have been tried in an e-court environment, which is done to ensure the smooth running of every proceeding. An “e-court” is any court that encompasses the use of technology to assist in hearing preparation but usually describes the technology provided within the hearing room to assist in the delivery and presentation of evidence to the court. For instance, Practice Note SC Gen 5 from the Supreme Court of Victoria issued on January 30, 2017[3], in providing guidelines for the use of e-trials in Victoria, puts the onus on parties “to satisfy the court that the presentation of documentary evidence in electronic format is not appropriate.” The practice note also provides that “[i]n large scale litigation with a large amount of documentary evidence and where the trial is anticipated to extend over a period of 10 or more sitting days, engagement of a third-party provider to operate a coordinated system is considered proportionate. In such cases, parties should be engaging at an early stage with each other, the court, and the agreed third party provider to develop a protocol for the conduct of the trial and the use of technology”.

In the e-court environment, documents are displayed onscreen as they are referred to within the hearing, or are live-linked within the real-time transcript, and can be annotated, enlarged, or rotated on screens throughout the courtroom. The entirety of the proceeding is often streamed via the internet, thus enabling widespread public access.

Other advancements in technology

Courts in Australia have moved towards the use of e-filing systems, which enable parties to file their matters electronically. These systems form the front end, which then flows automatically to the case management within the courts’ own network. It is easy to see how this could subsequently be augmented with matter-number-specific documents and files, including audio files and transcripts, related to the hearing. This data would then become part of a repository of information about each hearing, which can then ultimately be accessible by court users. Use of cloud-based technology also enables greater flexibility in allowing access to this information.

The courts in Australia already make use of video-linking technology in a number of different scenarios, including when witnesses cannot attend in person, when working with remote communities, where judges appear by video link from their chambers; for prisoners giving evidence from the prison, or to enable vulnerable witnesses to give evidence. It is easy to see how efficient it could be to deliver justice via remote link. An entire hearing could potentially take place with no one present. This is known as a “distributed courtroom”, where participants meet within the same virtual space, all appearing from courtrooms or courtroom-like spaces - and placed as they would be in a traditional courtroom. Large screens allow for the parties to appear life-sized and allow for eye contact.

In the future, cutting edge courtrooms may include the use of voice recognition and artificial intelligence to produce the court record and make it audio searchable. We may also see more examples of the use of animation in presentations to clearly show a sequence of events and the true integration of all the aforementioned courtroom tools to make for a seamless and time-saving process from the beginning of a hearing (filing of documents) to the end (production of transcript).

The rapid development of technology and the time and cost savings from using it will inevitably mean that there will be further pressure on the courts to increase efficiencies to enable access to justice. As technology advances, we can expect to see further changes to the traditional courtroom. While technology may change the look of the courts, they will continue to perform the same essential role – the administration of justice – in an increasingly efficient way. 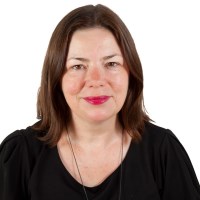