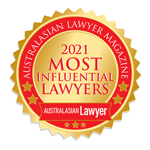 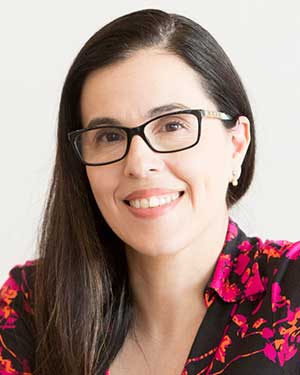 Catia Malaquias is a highly regarded and experienced senior lawyer who has made a broad contribution to the community, in her roles as a government lawyer and as an internationally recognised human rights and inclusion advocate.

With expertise across a range of areas including commercial law, public law and native title, Catia has been a leading lawyer in the implementation of government policy announced in 2019, to increase Western Australia’s conservation estate through the creation of five million hectares of new national parks and reserves and opportunities for joint management with traditional owners.

Separately from her role as a government lawyer, Catia has leveraged her skills to advocate for change and promote the human rights of people with disabilities in Australia and around the world and, in particular, children with disabilities.

Catia is the founder of not-for-profit organisation Starting With Julius, that works towards the equal representation of people with disabilities in advertising and media, and a co-founder of the Global Alliance for Disability in Media and Entertainment (GADIM).

Catia also co-founded national not-for-profit organisation All Means All – The Australian Alliance for Inclusive Education and was instrumental in establishing the Australian Coalition for Inclusive Education in 2019, a national coalition of organisations working to advance inclusive education through a 10-year “roadmap” to align Australia’s education systems with Australia’s obligations under the UN Convention on the Rights of Persons with Disabilities.

Catia has participated in many United Nations and domestic processes on the rights of people with disabilities and has spoken at the UN in New York and Geneva, most recently in 2020 at the Conference of State Parties to the UN Convention on the Rights of Persons With Disabilities. Catia is also a sought-after expert speaker and media commentator on human rights and inclusion, appearing on the ABC’s Q&A and Compass and Channel 10’s The Project.

Catia’s impact and influence in the areas of human rights and inclusion has been recognised through several prestigious awards. In 2018 Catia won a Human Rights Award from the Australian Human Rights Commission and was recognised as Australia’s most influential woman in the Diversity and Inclusion Category, winning the AFR Women of Influence Award. In 2017 Catia won a National Disability Award from the Australian Government on International Day of People with Disability.

Catia has applied her skills, intellect and determination as a lawyer and as an advocate to contribute to the community and promote a more equal society and respect for human rights.