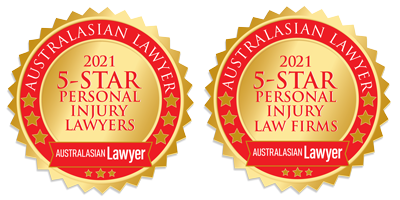 The personal injury law landscape is constantly evolving, and COVID‑19 has thrown new challenges, new business, and fresh opportunities into the mix.

The awards for the 5-Star Personal Injury Lawyers and Law Firms celebrate those who, despite the turbulence of the pandemic, have consistently delivered great client service and exceptional work.

While more than half of the nominees say their practice has been affected by COVID, almost three-quarters are optimistic about their business growth over the next 12 months. The nominees and winners have reported a rise in some claims areas but limited growth in others as a direct result of the pandemic.

“A lot of workplaces are locked down, as are construction sites, and with not as many cars on the road, there have been fewer car accidents and work injuries,” says Chantille Khoury, principal at Law Partners in Sydney. However, the practice had seen an increase in medical negligence claims, also noted by many on the list.

“Some are a bit trivial, like a practitioner not wearing a mask. Others are more concerning, for example, complaints arising from unproven treatments like Ivermectin and practitioners facing disciplinary action over this.

“The professional disciplinary and complaints area has been pumping. Medical negligence cases arising from telehealth may be showing a trend upwards; this is something to watch. Also rising are NDIS-related claims in NCAT.”

Shane Butcher, principal at Law Partners, remarked: “We’ve definitely seen an increase in psychological claims throughout [the pandemic]. Most of them stem from stress-related conditions and bullying within the workplace.”

Peter Ewin, principal at Barry.Nilsson in Melbourne, notes not only a focus on settling damages for mental injury, but also a significant increase in the awards of damages for those claims.

Overall, the nominees see a marked trend in the use of experts in particular insurance classes like catastrophic injury.

“This expertise can be critical for assisting clients in navigating a complex legislative and regulatory landscape where corporate reputations can be made or broken,” says one.

“This is certainly true in the personal injury space where experts are needed to juggle the needs of the injured individual; the moral, ethical, and legal responsibilities of the insurer; and the actual terms of the insurance policy.”

A nominee in New Zealand commented on the increase in health and safety and professional negligence cases, caused by increased awareness, greater severity of penalties and stricter government policy to make workplaces safer.

There were also repercussions from maintenance delays due to lockdowns. One lawyer’s client, for example, was injured as a result of a building’s railings not being fixed. The nominee also observed the knock-on effect of staff cuts or lack of staff supervision. For example, fewer cleaners at one venue meant that a floor was not mopped, and the client fell down the stairs. 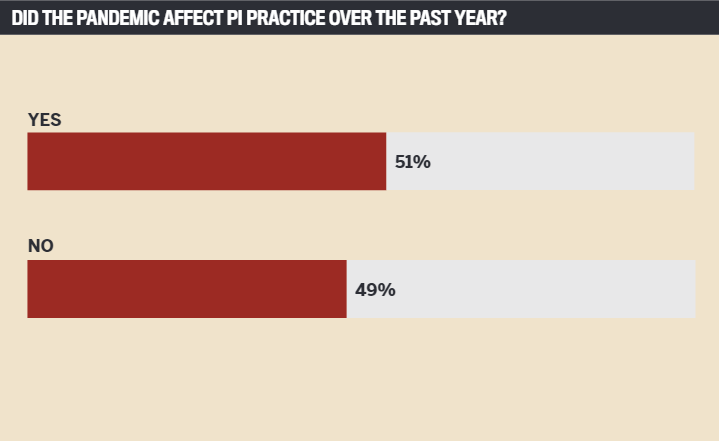 What the future holds
For the next 12 months, Ewin expects an increase in pandemic-related claims, not only involving stress but also from individuals contracting coronavirus at work.

“Breaches of COVID legislation are breaches of occupational health and safety regulations. In Victoria, legislation is being introduced to the effect that insurers can’t provide cover for breaches of OHS. So, workplaces need to take all reasonable precautions, such as not letting people onsite who aren’t double vaccinated.”

Ewin also expects growth in class action suits, especially relating to institutional abuse. “We have quite a large practice in that area, and they have increased significantly in Victoria. This is primarily due to recent changes in legislation which have enabled claims that were settled some years ago, to be revisited. We believe the courts will allow previous settlements to be set aside when it is just and reasonable to do so.”

Class actions have slowed nationwide in Australia, but many lawyers – in both New Zealand and Australia – expect that to change over the next year.

“While New Zealand does not yet have a formal class-action regime, representative actions have been filed in increasing numbers over the past few years, driven largely by litigation funders [as in other countries],” says one. “We expect a recent decision of the Supreme Court – confirming representative actions can be brought on an opt-out basis – to encourage further claims in a wide range of areas.”

Another New Zealand firm sees a major scope for growth in class actions, both from company collapses triggering actions over failure to properly disclose information and from cases identified by the Royal Commission into Abuse in Care.

Zara Officer points out that COVID-related class actions, such as employment-related mandatory vaccination actions, have already begun “though not in the PI space as yet, as far as I have seen. There are some mooted regulatory changes at the Commonwealth level that may act as a brake on some deserving class actions. I can see the lock-down-related explosion in mental health as a potential for class action as the services have been overwhelmed; and potential in the aged care sector and disability sphere”.

Some expect business growth from statutory insurance schemes to protect organisations against an unintentional breach of the law. One nominee cites the example of a property owner who changed the use of his premises without obtaining proper consent.

“Although the building was in a commercial zone and was used partially for commercial purposes, the local authority discovered that part of it was being let out for residential purposes. The owner was prosecuted and fined for breaches of the Building Act,” the nominee says. 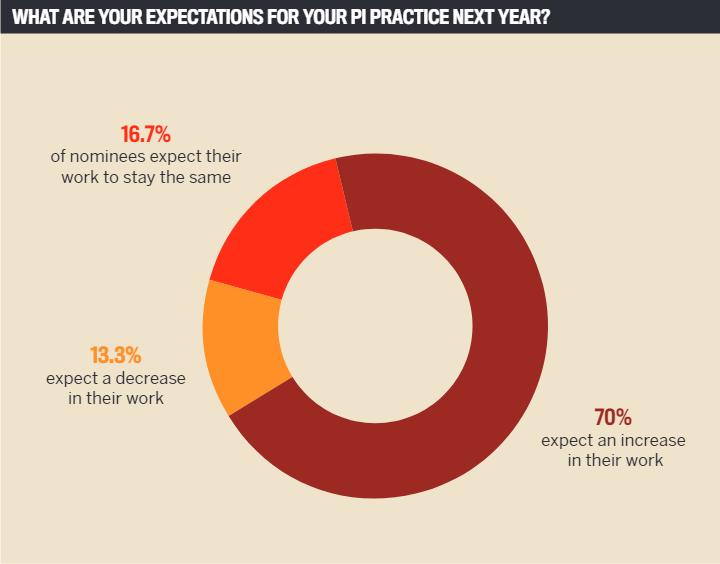 Clouds and silver linings
What impact has the pandemic had on the law firms themselves?

For Butcher of Law Partners, the greatest challenge has been handling cases without face-to-face appointments. “Not just with clients, but also medico-legal appointments, mediations, hearings, ISCs. Lawyers have had to think carefully about each client and what is best for those cases. For example, a mediation via video might work well in some instances, but a non-English-speaking client might struggle.”

For Officer, the big change has been transitioning to working from home. “We have devoted significant resources to innovation in tech solutions and have moved quickly from reliance on paper files to going fully digital. This has enabled us to also change our office model, which has been a huge success, moving to a smaller premises with open-plan layout and hybrid home and office arrangements. We have played with different ideas and models of work to see what suits us as a firm into the future.”

A job for the experts
Asked what makes a great PI lawyer, Officer says it is the ability to quantify a claim accurately and negotiate well.

“Increasingly, the key to a good medico-legal case these days is engaging good experts. A good PI (medical negligence) lawyer knows the best experts for their case and what’s happening in the scientific sphere.”

For Khoury, it’s all about treating the client as if they were a family member who had suffered the injury.

“Of course, knowing the technical aspects of the claim is important, but the personal relationship is crucial. The injury has had a massive impact on the client’s life, so you need to let them know you have their back – not just from a legal perspective but also being there if they have questions so they are not stressing over the legal process on top of the injury itself.” 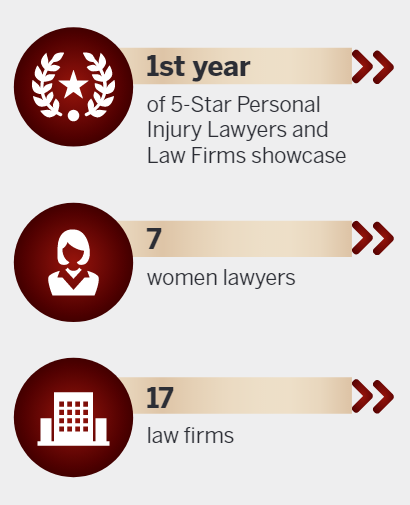