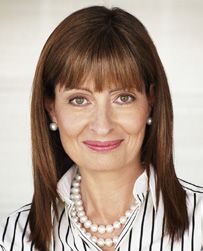 To those who know her, King & Wood Mallesons’ Australian managing partner, Sue Kench, is more action hero than lawyer. So much so that the Canada Pension Plan Investment Board, which she advised on its $2bn co-investment in the Barangaroo development site in Sydney, recently praised her work on the “arduous” nine-month transaction as “akin to John McClane in Die Hard 2 landing fuel-starved jumbos on Christmas Eve in a snowstorm.” But Kench’s work goes beyond legal and business expertise: as managing partner, she is heavily involved in the firm’s network expansion and is considered to have been instrumental in executing the integration of the Australian practice into the firm’s global network. A recognised innovator, she also has a track record working on deals that have set a number of new precedents and market trends in the real estate sector. Kench recently assisted DEXUS on its acquisition of interests in a portfolio of Sydney CBD office properties worth over $500m, which she helped close at ‘break-neck’ speed of under three weeks while keeping the deal off-market.