New legislation stormed through Parliament this month as New Zealand’s response to suppress the flow of jihadists to Syria and Iraq. The reform, prompted by UN Resolution 2170, is part of a broader rebalancing of individual rights and national security in New Zealand.

New legislation stormed through Parliament this month as New Zealand’s response to suppress the flow of jihadists to Syria and Iraq. The reform, prompted by UN Resolution 2170, is part of a broader rebalancing of individual rights and national security in New Zealand.

Prime Minister John Key used a strongly foreshadowed speech to the New Zealand Institute of International Affairs on 5 November 2014 to establish the case for increased surveillance ahead of the Bill’s introduction to the House.

Making the argument took some effort as, although the ISIL threat has increased Zealand’s risk profile, the threat has climbed from VERY LOW to LOW – meaning that the prospects of a terrorist attack have gone from “unlikely” to “possible but not expected”.

So we heard that the government has a “watch list” of between 30 and 40 people in the “foreign fighter context”. Some are in Syria; the rest are wannabes who’ve been stopped from leaving New Zealand; with another 30 to 40 possible ISIL sympathisers needing further investigation.

Then, on 25 November, John Key, in his capacity as Minister for National Security and Intelligence, introduced the Countering Terrorist Fighters Bill to the House. The Bill was fast-tracked to select committee for report back by 2 December 2014 and was passed last night (9 December) before Parliament rose for Christmas.

Both the Bill’s contents and the truncated process were criticised by the NZ Law Society, the Privacy Commissioner and the Human Rights Commission all of which questioned whether the changes were proportionate to the level of threat.

The government stuck to its guns with the timeline but agreed to some important modifications to the Bill in the interests of getting the main opposition Labour Party on board.

The new Act will come into force on 12 December 2014 and is subject to a sunset clause that expires on 1 April 2017.  All of the new powers are restricted to activities concerning foreign fighters.  They include: The latest reform follows two Acts passed in 2013, both of which extend the powers of the State: The GCSB Act was passed by a single vote, the owner of which had been able to use his leverage to force a number of changes.  Among those concessions was a statutory commitment that there will be a full, independent review of the GCSB and the NZSIS to begin no later than 30 June 2015.

Mr Key is already indicating that he will be looking to this review to either implement a “broader range of initiatives” than was possible under the Countering Terrorist Fighters Act, or to make the provisions in the Act permanent.  But this far out it is hard to predict what the politics will be because in New Zealand, as with other like countries, there are powerful currents flowing in both directions.

ISIL’s use of social media platforms to recruit members and promote its appalling execution videos has exposed gaps in the intelligence community’s security apparatus.  Edward Snowden, Bernard Manning and Julian Assange have highlighted those gaps through their online dissemination of leaked classified documents which assist terrorist networks.

On another front, Snowden et al’s exposure of widespread surveillance activities has put a new premium on personal data security.  And predictably the market has stepped in: Apple’s iOS 8 technology, for example, contains an encryption function which not even Apple can bypass.

This development has caused both Robert Hannigan, Director of Government Communications Headquarters (GCHQ) in the UK, and James Comey, Director of the FBI, to call publicly for increased powers – Comey in October 2014 and Hannigan in November 2014.

Hannigan wrote an op-ed piece for the Financial Times in which he argued for a “new deal” between democratic governments and technology companies around the need for greater co-operation to protect civilians and the limitations on privacy in the digital age.

Comey used a presentation to the Brookings Institution to call for “a regulatory or legislative fix” to prevent telcos from expanding the use of encryption to protect user data, saying:

“Encryption isn’t just a technical feature, it’s a marketing pitch.  But it will have very serious consequences for law enforcement and national security agencies at all levels.  Sophisticated criminals will come to count on these means of evading detection.  It’s the equivalent of a closet that can’t be opened, a safe deposit box that can’t be opened, a safe that can’t ever be cracked, and my question is, “At what cost?”

The world is a sufficiently dangerous place right now that it seems unlikely New Zealand will wind the dial back as a result of the 2015 review. So the question becomes whether we dial it on and how far – in particular, whether as far as the Abbott Government has gone in the National Security Legislation Amendment Act passed in October 2014 and in further bills currently being drafted.

The answer will depend largely on what happens between now and then, and how that affects New Zealanders’ sense of national security. 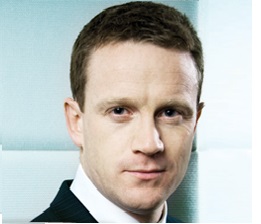 Matt Sumpter is a partner at Chapman Tripp specialising in intellectual property competition law. He has an interest in security and privacy matters.