In October 2013, the press reported a public outcry arising from the requirement by the international oil and gas giant, Chevron, for job applicants to answer a lengthy pre-employment questionnaire which included questions in relation to, among other things, the reproductive histories of the applicant and their spouse. The story caused significant controversy, with many considering the questions to be inappropriate, irrelevant and potentially discriminatory.

Introduction
In October 2013, the press reported a public outcry arising from the requirement by the international oil and gas giant, Chevron, for job applicants to answer a lengthy pre-employment questionnaire which included questions in relation to, among other things, the reproductive histories of the applicant and their spouse. The story caused significant controversy, with many considering the questions to be inappropriate, irrelevant and potentially discriminatory.

This story serves a timely reminder of the potential legal and reputational risks that can be associated with pre-employment medical questionnaires. This article considers what types of questions employers can – and should – ask in pre-employment questionnaires, and provides practical guidance on how to avoid legal pitfalls.

The Chevron case
The Chevron controversy centred on a pre-employment medical history form distributed to job applicants in a number of countries, including Australia.

The form was lengthy, asking a number of questions in relation to matters such as the applicant’s general health, exercise routine, family history, alcohol and tobacco consumption and history of exposure to certain substances.

While the “Reproductive Outcomes” section was said to be “optional”, Chevron stated that it “would appreciate your response”.

In another section of the form, female applicants were asked if they had “any discharge, lumps or pain breasts”, were “currently incapable or having children”, were currently pregnant, if they had missed their last menstrual period and the date of their last period. This section was not “optional”, as the earlier section on reproductive health was.

Nowhere on the form did Chevron disclose the purpose for which the information collected would be used.

Following public criticism, after the outcry in the press agitated by the Maritime Union of Australia, Chevron informed its employees that the form would be amended.

Why should employers ask about a prospective employee’s health?
There are a number of reasons why employers may wish to enquire as to the health of job applicants. Some of the common reasons are: What questions can employers ask? And what questions should they ask?
While the types of questions asked in the Chevron questionnaire may appear to be inappropriate, they are not inherently discriminatory: an employer may ask any questions it deems fit on a pre-employment health questionnaire.

It is also important for employers to bear in mind the potential reputational risks associated with pre-employment questionnaires.

Legal risks
The most significant legal risk for employers asking questions in a pre-employment questionnaire and then using that material on a basis to select one applicant over another is a breach of disability discrimination legislation at both Federal and State levels.  These pieces of legislation prohibit discrimination on the basis of disability in a number of areas, including in employment.

Under the Disability Discrimination Act 1992 (Cth) (“Disability Discrimination Act”), employers are prohibited from discriminating against prospective employees on the basis of their disability in the arrangements made for the purpose of determining who should be offered employment and in the terms or conditions on which employment is offered. “Disability” is defined broadly to include a range of conditions and includes conditions that presently exist, previously existed or may exist in the future.

However, the Disability Discrimination Act does contain an “exemption” which may allow an employer to successfully defeat a disability discrimination claim brought against an employer in a situation where the employer has asked questions of an applicant, the applicant in answering discloses a medical condition or disability, and based on those answers the employer decides against employing that applicant.

The case of Duncan v Kembla Watertech Pty Ltd [2011] NSWADT 176 considered the defence of “inherent requirements”. In the case, the prospective employee was sent for a medical assessment prior to employment where the employee was asked many questions about her health. Following the assessment, the doctor advised Kembla Watertech Pty Ltd (“Kembla”) not to employ the worker as there was a high risk of a workers compensation injury, including aggravation of existing medical conditions. The doctor opined that the worker was significantly impaired from performing the inherent requirements of the position, 30 percent of which was field work which could lead to injury. Kembla accepted the doctor’s opinion and declined to offer the applicant the position. The applicant lodged an application alleging she was unlawfully discriminated against on the ground of disability. However, the NSW Administrative Decisions Tribunal determined that the rejection of her application was not unlawful as her disabilities rendered her unfit to perform the inherent requirements of the role with reasonable safety to herself and without unduly high risk of injury to herself.

A questionnaire that contains unduly intrusive medical and personal questions without knowledge to whom and for what purpose the information will be used can have the effect of deterring an applicant from pursuing their application and cause reputational damage in the market.

Implications for pre-employment questionnaires
As the provisions of the Disability Discrimination Act outlined above make clear, without an applicable defence, it is unlawful for an employer to discriminate on the basis of a job applicant’s disability. Asking inappropriate questions may also have a detrimental impact on the employer’s reputation.

Most importantly, employers must ensure that any pre-employment medical questionnaire (or medical examination) is not designed as a tool to unlawfully “weed out” applicants with actual or potential disabilities.

Employers must also ensure that, where pre-employment questionnaires are used for the purposes of identifying disabilities or health concerns, this is only done for the purpose of assessing: Employers must also be careful to ensure that pre-employment questionnaires do not appear to be for the purpose of discriminating against applicant’s with disabilities, even if that is not the purpose, as this may lead to unnecessary litigation by unsuccessful applicants. The risk of the appearance of discrimination is heightened where the applicant is given no context for the questions being asked and/or the questions asked are of a general nature.

For example, in Berry v Cotech Pty Ltd (AIRC 1514/Print R0038, 21 December 21998) the employer application form asked the following question:
Have you ever [sic] made a claim for Workers Compensation?
Similarly, in Abonyi v Australian Postal Corp [1997] 696 FCA (16 1997), one question asked was:
During the past 5 years have you had any medical examination, advice or treatment, attended or been admitted to hospital for treatment or had any tests such as X-Rays or electrocardiogram?
Such generalised questions are unlikely to illicit useful information on which the employer can rely, and may create a perception that the employer discriminating on the basis of a disability where the applicant is not the successful candidate. A more acceptable question would be that which was considered in Campbell v ACT Community Care (AIRC Print S33565 192/100, 24 February 2000):

Are you aware of any medical condition or other factor relating to your health and physical fitness which may prevent you from performing the duties identified?
A question such as this will make clear to the applicant the purpose of the question, provide relevant information to the employer and allow the applicant the opportunity to identify any reasonable adjustments that can be made.

Practical tips
Other ways to minimise the legal and reputational risks associated with pre-employment medical questionnaires include: 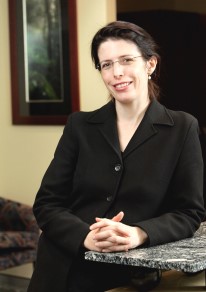 After graduating from the University of New South Wales in 1993, Emma became an Associate to Mr Justice Lee of the Federal Court of Australia. She then joined one of Australia’s largest law firms practising in the areas of commercial litigation, corporate law and then specialised in employment and industrial law.

Emma joined Harmers Workplace Lawyers in December 1999 and became a partner in 2003. Emma currently oversees both staff and operational management of the firm, as well as managing a busy practice as Executive Counsel and Senior Team Leader.

Emma’s practice is litigation focused. Emma had the conduct of the largest litigation matter in the history of the Industrial Relations Court of New South Wales, where she acted for Gough & Gilmour Holdings Pty Limited & Ors against Caterpillar Australia Pty Ltd & Ors.

Emma advises both employers and employees in relation to: Company Profile:

Harmers Workplace Lawyers ('Harmers') was formed in 1996 and is one of Australia's largest stand alone employment and industrial law corporate advisory practices with offices in Sydney, Melbourne and Brisbane. The firm focuses on innovative, high quality problem solving and a preventive approach to law across all areas of employment and industrial law. Harmers is unique in that it provides advice to participants across the spectrum of workplace relations in Australia. This includes primarily blue-chip corporate employers - ranging from companies ranked in the Top 5 in the world, on a capitalisation basis, through to small businesses; employer groups and major unions; government at all levels; as well as an array of individuals including prominent CEOs and media personalities, through to pro bono clients otherwise unable to access justice without the firm’s support.  Harmers has also run some of Australia’s most innovative landmark cases across the areas of discrimination, harassment and industrial relations law.

The firm's practice areas are as follows:
Harmers is the Australian member firm for L&E Global, the world’s very first international integrated legal alliance of premier and award winning labour and employment law firms which specialise in providing counsel on cross-border labour and employment law issues in North America, Latin America, Europe and the Asia Pacific Region. L&E Global provides seamless counsel on labour relations, employment law, immigration law, and employee benefits – as one firm – with a unified fee-for-all services approach, across borders throughout the world. This provides Harmer's corporate clients with a global network of some 300 partners and 950+ lawyers.

Harmers is a multi-award winning employment law firm, having won the ALB Australasian Law Award for 'Employment Specialist Firm of the Year" for seven years  (2006 to 2011 & 2013); the 2013 and 2012 Legal Media Group Euromoney Australasian Women in Business Law Awards - as 'Best Firm in Sydney for Women in Business Law'. The firm has also received a number of prestigious awards for people management, innovation, workplace excellence and the promotion of work life balance. In excess of 25% of the firm’s profits in its first 17 years of operation have been contributed to the promotion of human rights and justice internationally - including support for a number of schools, hospitals and community services in Africa and indigenous Australia.