The Health and Safety at Work Act was finally passed last month and will come into force on 4 April 2016 – five and a half years after the Pike River Mine disaster which precipitated the reform.

The Health and Safety at Work Act was finally passed last month and will come into force on 4 April 2016 – five and a half years after the Pike River Mine disaster which precipitated the reform.

The Act is modelled on the Australian Model Law, although there are some important differences, largely as a result of some intensive lobbying as the Bill progressed through Parliament.

In particular, the New Zealand legislation defines “officer” more narrowly.  The Exposure Draft of the Bill used the Australian definition – makes or participates in making decisions that affect the whole of a substantial part of the business - but this was progressively narrowed at each step of the process, despite an expectation that the provision would mirror the Australian equivalent. The SOP came out shortly after the failure of WorkSafe Australia’s prosecution against former Kenoss Contractors Ltd project manager Munir al-Hasani for negligence leading to a workplace death.

The timing of the two events may have just been coincidence, but the effect of the SOP amendment is to reinforce the likelihood that a New Zealand Court would find the same way as did the ACT Industrial Court – which dismissed the charge on the basis that Mr al-Hasani was not an ‘officer’ as he did not have the requisite control over the company.

Factors leading to the Court’s decision were that Mr al-Hasani could identify potential employees but was not responsible for hiring or firing them; he could not commit corporate funds; he could not direct the type of, or the specific contracts, which were to be pursued, and he prepared tenders but he did not sign off on them.

The Court said: “What is established is that Mr Al-Hasani’s participation in the business process was operational; whether it went beyond that to being organisational is speculative.  It is not clear that he made decisions, or participated in decisions, that affected either the whole or a substantial part of the Kenoss’ business”.

Accordingly, the offence had been proved against Kenoss but not against Mr al-Hasani as an “officer”.  Had he been charged as an employee, the outcome may have been different but he was not charged in that capacity.

The other important change from the Bill is the removal of the obligation to appoint H&S representatives and/or H&S committees in small, lower risk businesses - even if requested to do so by the workforce.

The exemption is available to workplaces employing 20 workers or fewer in: Sheep, beef and grain farming, traditional constituencies of the National Party, do not qualify as high risk under these criteria, notwithstanding the agricultural sector’s appalling safety record.  Butterfly and lavender farming are, however, caught by the eccentricities of the occupational classification system, which was carried across from New Zealand’s Accident Compensation worker insurance scheme.

The progressive modification of the Bill (for reasons the Opposition parties saw as nakedly political), meant that the cross-party consensus which was there at the Bill’s inception was lost.

However, the regime the Act creates is much stronger than our current framework, especially as the wider environment in which the Act will operate has also changed for the better.  WorkSafe, for example, is much more proactive and better resourced than the old Department of Labour inspectorate.

Also, the cumulative impact of the Royal Commission report into Pike River, the sheet of recommendations from the Independent Taskforce on Workplace Health and Safety and the debate over the Bill has been to raise public consciousness and to promote H&S as a key governance issue.

Our experience is that directors and PCBUs (Persons Conducting a Business or Undertaking) are taking their new responsibilities extremely seriously and are putting in place the processes and systems they will need not only to ensure compliance but also to take the lead on health and safety generally.

If this focus is maintained, the Act will achieve its objective, which is to deliver cultural change. 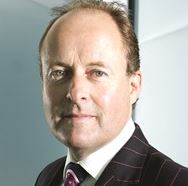 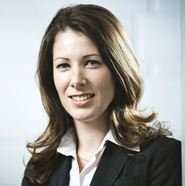 Garth Gallaway is a partner in Chapman Tripp and Marie Wisker is a senior associate.