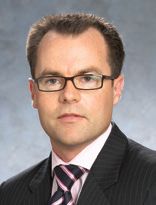 Mann has forged a strong reputation at K&L Gates and its predecessor firms. He was responsible last year for finalising a critical merger, acting on behalf of Middletons in its combination with K&L Gates. Since then, his star has continued to rise, with advice such as that provided to Harbert Private Equity concerning its divestment in the Aesop Group. This was recognised in 2013 by the Australian Venture Capital and Private Equity Association (AVCAL) as the ‘best expansion stage’ deal of the year.